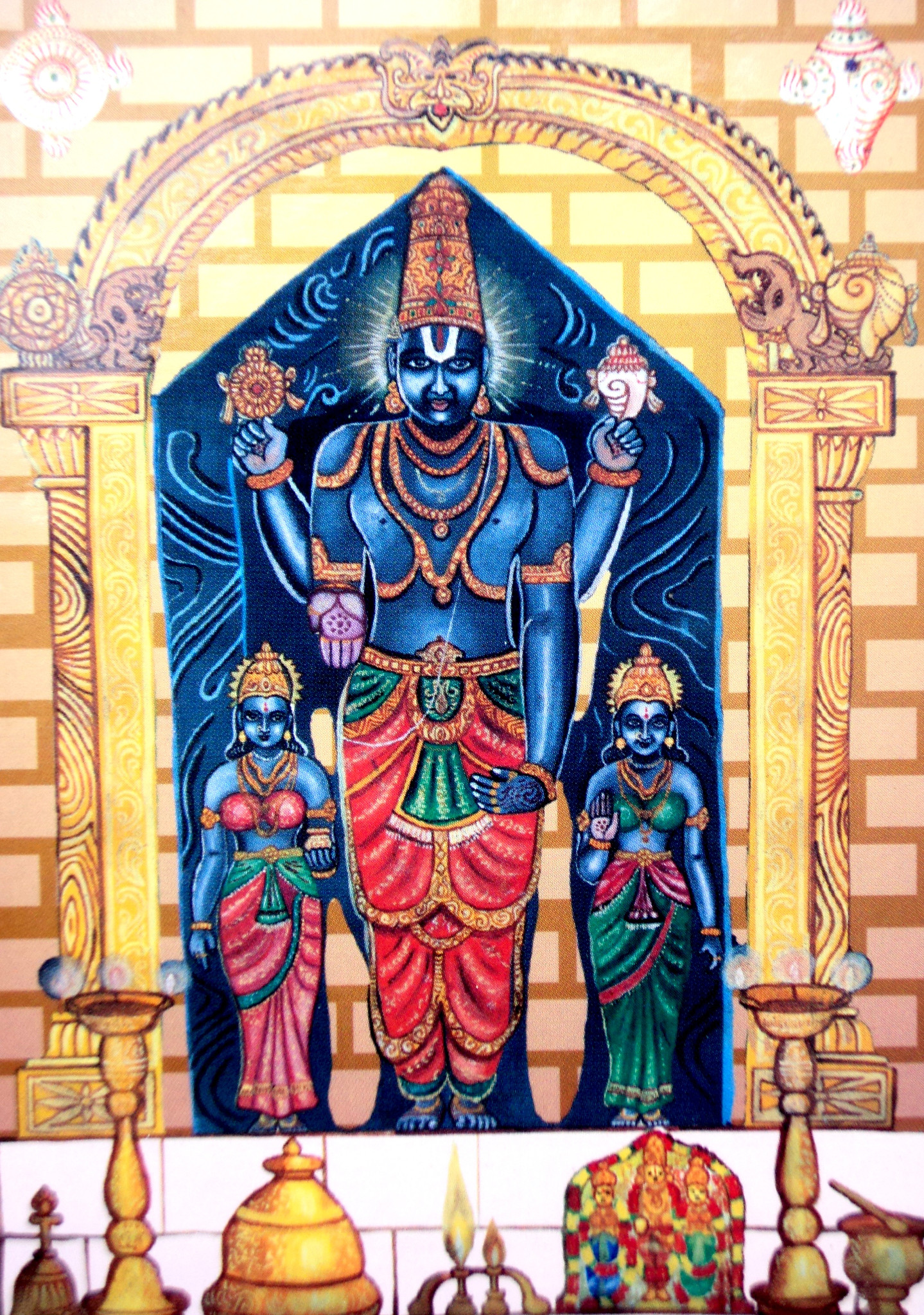 Chilkur Balaji temple is located on the banks of Osman Sagar Lake in the village of Chilkur, Hyderabad. People call it as Telangana Tirupati and he is also popular as Visa God. It is one of the oldest temples in Hyderabad surroundings; it is believed that it is built during the time of Bhakta Ramadas. People believe that the idol originated a hundred years ago before installing in the temple.

Among all Balaji temples, it is the only temple which doesn’t encourage gifts in the form of money. You don’t even find any hundi (money storage) in the temple premises. Temple trustee Sri M.V. Soundara Rajan and Sri C.S. Gopala Krishna struggled a lot to put the temple out from the clutches of government.

During Friday, Saturday and Sunday Chilkur Balaji temple receive a heavy rush of devotees, approximately 75,000 – 1,00,000 devotees throng to visit lord. It is believed that people who wish a boon needs to circumambulate  11 times around the temple and once their wish is accomplished they need to circumambulate 108 times. It is found that whoever the devotee he/she is with respect to caste or status they need to come by line and have the blessing of Lord Balaji.

According to the history of the location, there was a devotee named “Gonnala Reddy” who used to visit Tirumala Tirupati every year but due to his ill health, he was unable to visit Tirupati. He was sorrow about his state, one day lord appeared in his dream and said “Oh my ardent devotee, because you are unable to come to me, I have come to you, I am here at nearby jungle and indicated his location” following lords indications he went to the jungle where he saw molehill tree. Upon removing the tree, accidentally axe struck Lord Balaji’s swayambhu idol accompanied by Sri Devi and Bhoo Devi. To his surprise, the place where the axe stuck was flooded with blood. Lord infused his soul in one of the devotees among the crowd and said “my bellowed devotees if you do any mistakes by means of known or unknown ill will grant you and bless when you visit me with a pure heart and asked devotees to flush with cow milk”

Devotees who are unable to visit Tirupati visit the temple and take the blessing of the Lord Venkateshwara. It is recommended to devotees not to close their eyes while having his blessings. We have come from a long distance to watch his magnificent image and if we close our eyes then we will miss our chance to see him.

There is also Lord Shiva temple “Sri Sundareshwara Swamy”, it is believed that lord is formed as swayambu Linga. Around 350 years back there was a devotee who worshipped Lord Shiva, later a tree originated at that place and people still believe that he is still present there in the form of Atma in the tree. Once a person tried to axe the tree, but he lost his sight, speech and fainted down. He took many medicines, one of the devotees said pour ‘abhisheka theertha’ in his eyes and mouth and take the blessing of Lord Shiva. Surprisingly he regained his lost senses.

Air: Nearby airport is at Rajiv Gandhi international airport

Train: Secunderabad and Hyderabad stations are the nearest points

Road: It is 33 km away from Mehidipatnam, Hyderabad. You have many government buses and private auto rickshaws floating all the time.