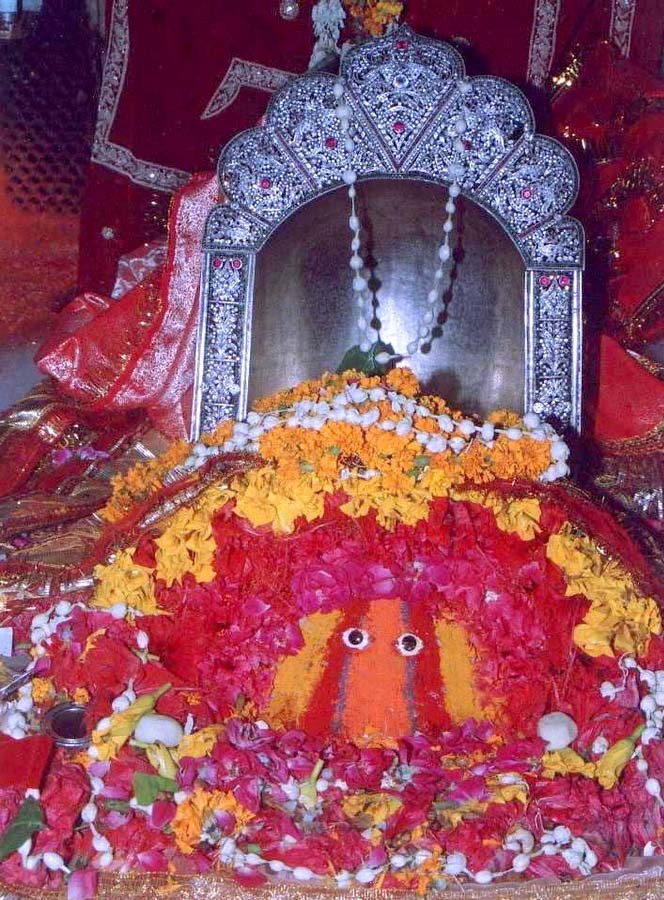 Chintpurni Shakti Peeth is one of the major and 51 Shakti peethas located in Una district of Himachal Pradesh. Here the deity is called with the name Chinnamastika Devi (goddess without head). Here Lord Shiva is being worshipped with the name “Rudra Mahadev”. According to ancient scripts, it is believed that the goddess is protected by her consort Lord Shiva in all four directions. An interesting point is that all temples are almost equidistant to Chintpurni Shakti Peeth. In North direction – Muchkund Mahadev, in the south – Shiva Bari, in the east – Kaleshwar Mahadev and west direction – Narayana Mahadev. 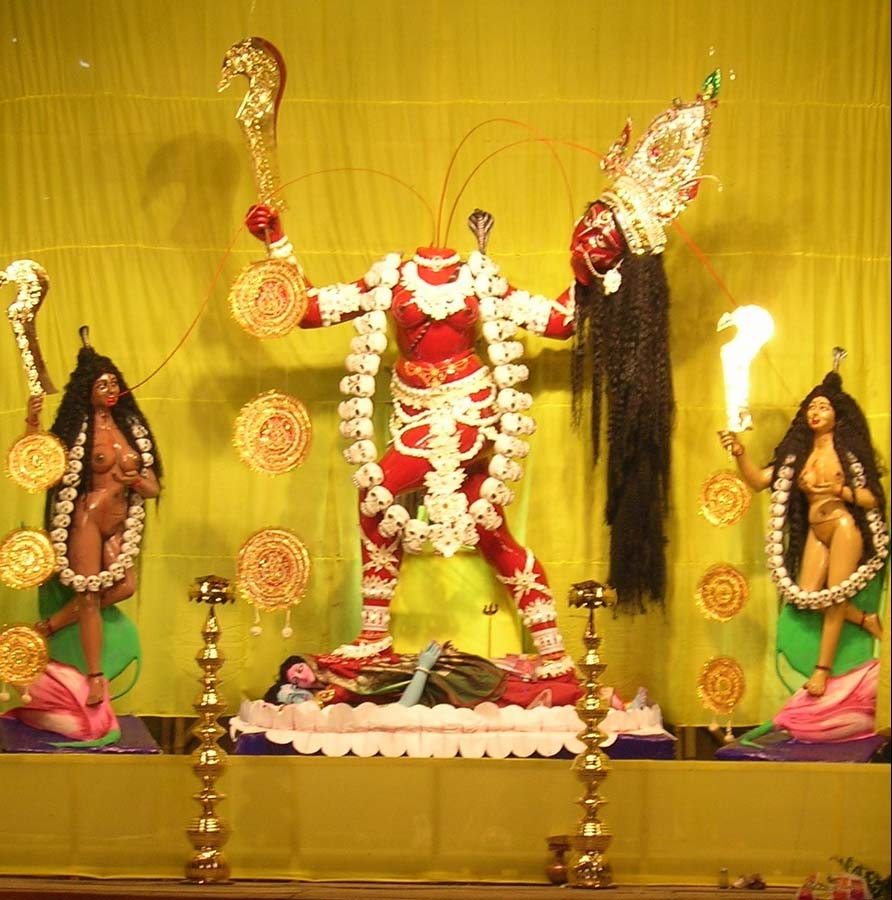 According to Markandeya Purana goddess had a fierce battle between demons where two of her yogini emanations named Jaya and Vijaya were in thirst of blood even after the battle finished. In order to fulfill their thirst goddess cut her head to make her emanations drink her blood.

Chintpurni Shakti Peeth is flooded with devotees during the festival of Navratri. Temple becomes a venue for other occasions like Sawan Ashtami and suklapaksh occurring in the month of August. Devotees bring their offering like Sweets which include kheer, suji halwa, laddoo, etc. as Naivedyam and flowers.

There is an image of Chintpurni Devi (Pindi form) installed in the middle of the temple, devotees form a queue to have darshan and offer their prayers. Also, the temple is surrounded by a magnificent climate and hotspots to have pictures. It is believed that the temple premises is filled with abundant cosmic energy and goddess help in dissolving minds of yogis and provide pure divine consciousness.

Road: Chintpurni Shakti Peeth is well connected with major cities like Delhi, Punjab, Haryana, and Jammu Kashmir. Also, there are many state-run buses at convenient times.

Rail: Nearest railway stations are Amb Andaura which is 19 km. and Hoshiarpur at 42 km.

Air: Flights run on a daily basis. The nearest airport is located at Gaggal which is near Kangra.

Note: Devotees are requested to check whether based on the calendar month you are willing to visit the shrine.

Ambaji temple is one of the famous 51 Shakti peethas located in Banaskantha of North Gujarat. It is located at 45 km. from Mount Abu and 185 km. from Ahmedabad…

Aparna Devi temple is one among 51 Shakti peethas. It is located in Bhavnipur village, Bogra dist., Rajshahi division, Sherpur, Bangladesh. Although there is no record of temple age, people…

Brajeshwari Devi Temple is one of the ancient Hindu temples located in old Kangra, Nagarkot, Himachal Pradesh. This temple is known for its great wealth, it is filled with gold,…

Avanti maa temple also is known with the name Gad Kalika temple in local is one of the 51 Shakti Peethas located on Bhairavparvat on the banks of Shipra river,…

Sugandha Shaktipeeth is one among 51 shakti peethas located at Shikarpur which is 10 miles north to Barisal, Bangladesh. This temple is dedicated to shakti Sunanda and the Bhairav associated…