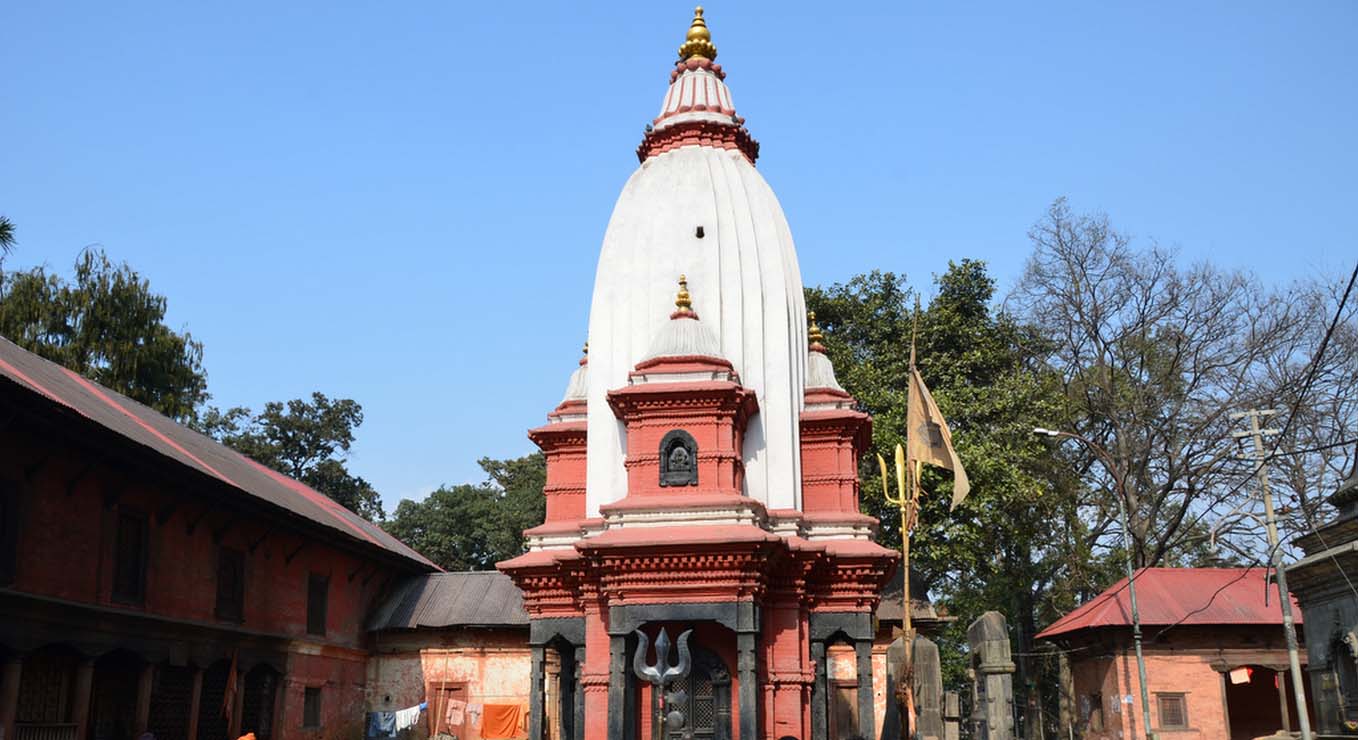 Guhyeshwari Temple (guhya – Sanskrit meaning secret,  ishwari – goddess) is one of the ancient temples located in Kathmandu, Nepal. It is the most revered temple among tantric worshippers and general Hindus. It is believed to the Shakti chair of  Pashupatinath Temple.

According to the mythology of Daksha yagna and Sati self-immolation, it is the holy place where “Both Knees” fell down. Maa Sati has worshiped with Guhyeshwari Devi and Bhairav form of Lord Shiva as Kapali.

The name “Guhyarupini” is mentioned in Lalitha Sahasranamam which means the form of god which is secret and beyond human perception. Based on the information available Guhyeshwari temple is built during the reign of King Shankar Dev who is a preacher of Tantric art. It was later renovated by King Pratap Malla in the 17th Century.

We find tantric rites followed in the temple premises and idols of the deity is made of gold and silver. Devotees offer eggs and wine to the goddess to please and fulfill their desires. During the prayer, we find several musical instruments are used which were presented to the goddess by king Rana Bahadur.

During the festive season of Navratri, Nepal king along with his family members have a holy bath in Bagmati river and worship goddess. Here Non-Hindus are prohibited from entering into the temple.

Road: From Katmandu, you find regular buses, it’s about 45 minutes of the journey.

Rail: Gorakhpur Railway Station is the nearest railway station. You find a few trains running from India to Nepal.

Air: Tribhuvan is the nearest International Airport which is about 6 kms from Katmandu.

The Shakti Peethas are the holy places dedicated to goddess Shakti. They are the places where body parts of Sati Devi fell throughout the Indian subcontinent. We find all the…

Kamakhya Temple is one of the ancient Hindu temple and one of 51 Shakti pithas. It is situated on Nilachal Hill, Guwahati, Assam, India. It is one of the most…

Puruhutika Devi temple is located on the outskirts of Pithapuram village, Kakinada, Andhra Pradesh, India. It is well known with the temple name Kukkuteswara Swamy temple. It is not only…

Ambaji temple is one of the famous 51 Shakti peethas located in Banaskantha of North Gujarat. It is located at 45 km. from Mount Abu and 185 km. from Ahmedabad…