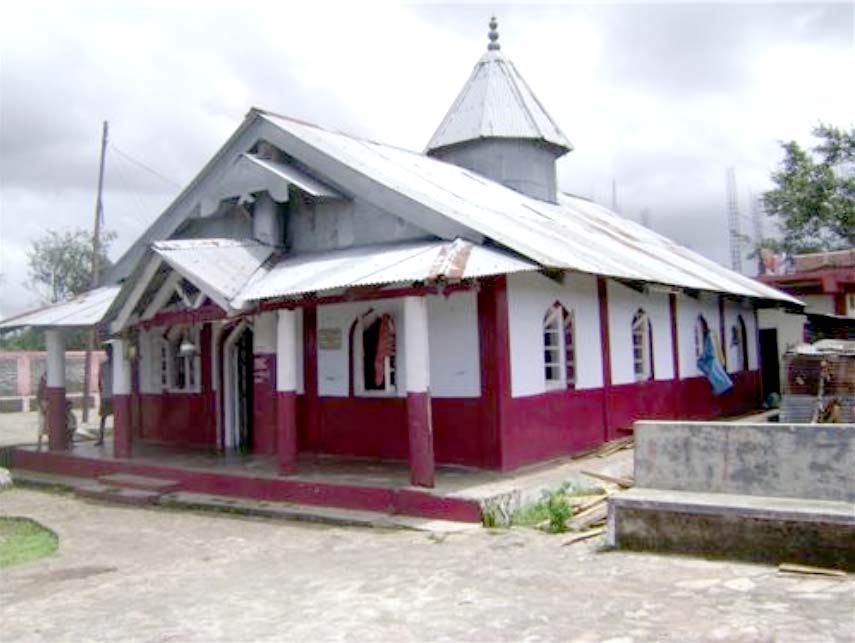 Jayanthi (goddess of victory) or Nartiang Durga Temple located at Nartiang Village, Jaintia Hills district, Meghalaya is one of the ancient 51 Shakti Peethas. According to the temple legend, it is older than 500 years. Nartiang is also called a garden of Monoliths as you can find stone pillars scattered. Once this was the summer capital of king Jaintia and under his regime (16th century) this temple was built.

Legend: According to the mythology Daksha yagna and Sati self-immolation, it is the holy place where Sati Devi’s “Chin” left thigh. Here the goddess is also worshipped with the name Jainteshwari with her consort Lord Shiva as Kramadishwar.

Another story states that one of the kings of Jaintia family named Jaso Manik married the daughter of Hindu Koch king Nara Narayana and this lead the king to accept Hinduism. And in this context goddess appeared in the dreams of king Jaso Manik and ordered him to erect a temple on the hills.

As the temple is built on the top of the hill, temple architecture is planned in such a way that one can see river Myundu from below. We have a ritual sacrificial pier named Boli Garbha at the basement of the temple and it’s connected by a tunnel to river. This temple uses a blend of Khasi and Hindu religious traditions.

Road: It is 65 kilometers from Shillong towards the east.

Rail: Guwahati Railway Station is the nearest railway station and is around 200 kms.