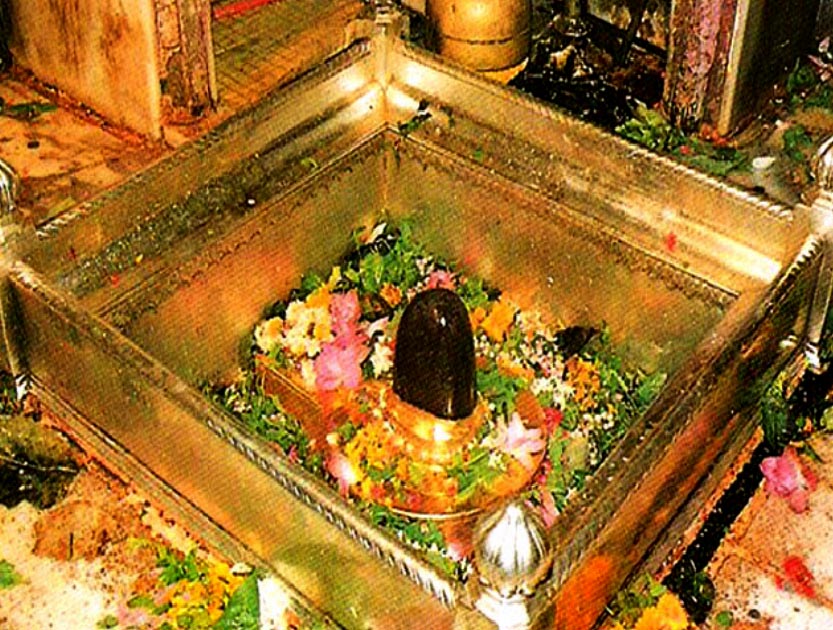 The above sloka is taken from Narada Puran.

Kashi Vishwanath Temple is one of the holy and famous Jyotirlingas dedicated to Lord Shiva. According to puranas, the Lord himself declared Kashi as his royal residence. It is located in Varanasi, the western bank of holy Ganga river, Uttar Pradesh.  Kashi is a sacred place to all Hindus; it is believed that once in a life every Hindu should visit the temple. Hindus believe if we pour our ashes in Ganga, our ancestors attain moksha (liberation). We find river Ganga flowing in the shape of a bow, and according to the documentaries available, Varanasi is claimed to be the oldest surviving city from 3500 years. There used to be a tribe called kasha so it began called with the name Kashi.

Prakruti and Purusha (Nature and Man) (Shiva-Shakti), created a city called Panchakoshi. Lord Vishnu lived here and did prayer for Lord Shiva for a long time. It is said Lord Brahma originated with lotus flower from the navel of Vishnu. It is said Lord Shiva kept the city Panchakoshi away from the universe in order to save life’s which are bound with karma. It is the holy city which has the capability of destroying every conceivable sin.

It is believed that people who live in Kashi are lucky people as they need not travel anywhere in the world to attain moksha (liberation). Any kind of life be it man, women, animal or any race, if they die here they attain moksha. It is also said whatever the person performs during his life eat, sleep, sin, etc. he will attain moksha if he is dead in Kashi. If there is a death, even gods like to die in this city.

The king named Banar developed the city and build 1500 beautiful temples. The tower of Vishweshwara temple is 100 feet height. It is believed, even if the universe gets destroyed, Kashi remains intact as Dandapani and Kalabhairan guard this city. 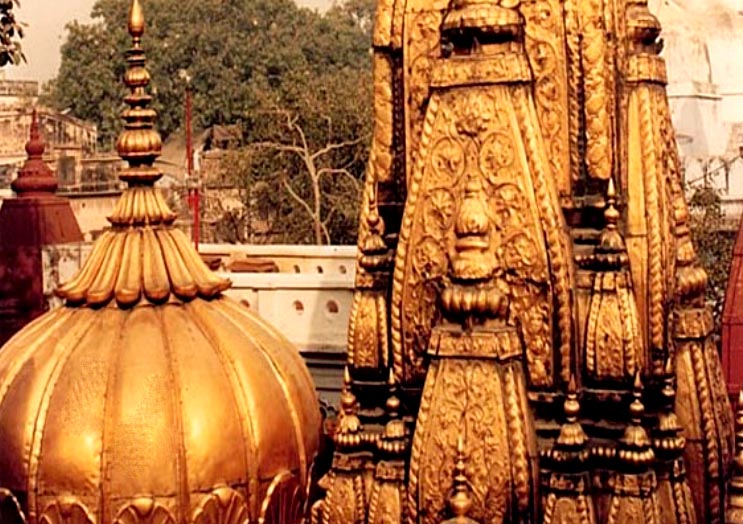 As Kashi is one of the pious holy places, it attained eyesore of many invaders especially Muslims. During the period of 1033 to 1669 AD, it was destroyed many times and builds mosques upon it. But due to dedication and devotion, Hindus continued building the temple. The Kashi Vishwanath Temple which we see now is built by Ahalya Devi Holkar in 1777 AD.

We find many Hindu devotees make an offering and perform rituals. We also find many foreign tourists visit this temple and are considered that it is flooded with 3000 visitors every day and during the special occasion, it crosses over 10,000. You hear echoing the sound of chanting of the words Jaya Gange, Jaya Vishwanath and Om Namah Shivaya.

As Varanasi is a holy city, it is accessible from all parts of the country.

Air: Lal Bahadur Shastri International Airport which is 22 km. from Varanasi. You have a direct flight from New Delhi.

Railway: Varanasi railway station is a major junction point from all cities.

Road: It is well connected with all the cities and you find 24-hour service of private taxi services.