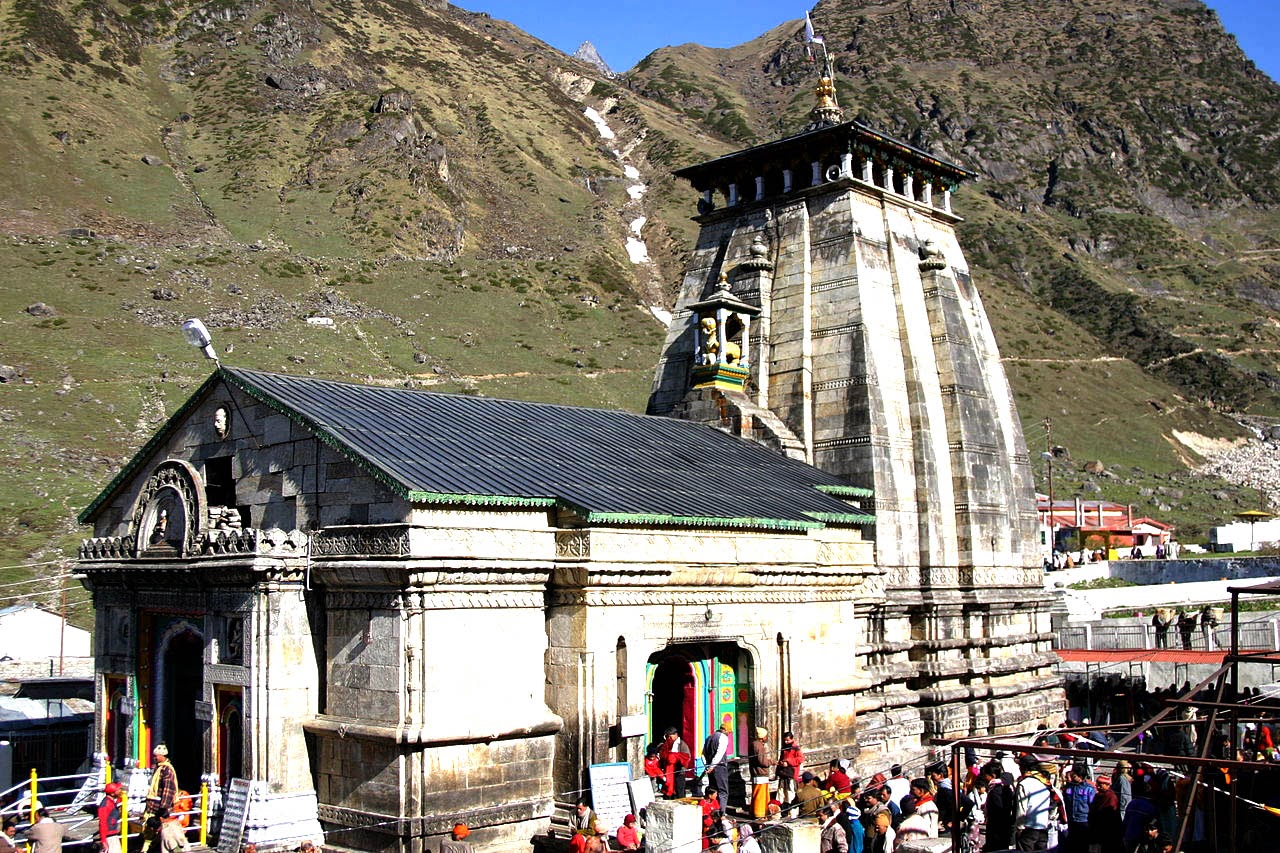 Kedarnath temple is one of the holiest jyothirlingas located on Garhwal, snow-covered area of the Himalayan range, Uttarakhand, India. Due to extreme weather conditions, this jyothirlingas can be visited only for six months in a year. From the month of Vaisakhi (end of April) to Ashwin (autumn full moon in November). As it’s too cold in remaining days and it’s covered with snow, the temple remains closed for pilgrims.

During the month of Karthik, there will be heavy snowfall so Sri Kedareshwar idol is brought out of the temple by lighting “Nandadeep” (lighting a ghee lamp) and will be closed. During six months it is brought to Urvi math and worshipped. When the temple doors are opened during the month of Vaisakhi people throng to see glorious “Nanda Deepa” as it burns continuous during six months of closure.

Haridwar is considered as the gateway to heaven, Mayapur (magic city).  Ahead of Haridwar, we have Rishikesh, Devprayag, Son-Prayag, Triyugi Narayan and Gaurikund. In order to reach Kedarnath temple on has to pass all these holy places. Some parts of the places are motorable and remaining is walked. Even though the travel way is difficult and dangerous devotees overcome with dedication and devotion.

In order to climb this steep path, devotees use mules, swing carriages (locally called as dolis) and walking sticks. There are resting places (chowltries) along the pathway. After reaching Gaurikund, pilgrims have a bath and take darshan of headless Ganesha (It is the place where Lord Shiva cut off his son lord Ganesh head with his trident and replaced with elephant head). Little distant from Gaurikund, on the banks of river Mandakini, we can have a magnificent view of Kedarnath Temple, it called as “Kailash” where Lord Shiva made his abode. Even though we don’t find any idol, we can see triangular shaped high mound which is said to behind part of Mahisha (he-buffalo).

During the Mahabharata battle, Pandavas killed Kauravas (where many of them were relatives), in order to absolve their sin Pandavas went on pilgrimage. When they got to know that Lord Shiva is in Kedarnath, they left Kashi and reached the Himalayas via Haridwar. They felt Lord from distance but lord hid from them, then Dharmaraj said” Oh lord, we know you hid from us. We have come here to absolve our sins, and will not go back until we seek your blessing”

When Pandavas were in search of the lord, they sighted he-buffalo which was unique to look. Dharmaraj commented, “It is a lord who taken this form and he is testing us”. When Bheema followed this buffalo with this mace, buffalo hid its face in a crevice-in the earth. Bheema started to pull with its tail, in this trial buffalo headed its head to Nepal leaving its hind part in Kedar. Head part in Nepal is worshipped as “Pashupatinath”.  From hind part lord appeared to Pandavas with bright light and blessed them by saying “from now I will remain with triangular shaped Jyotirlinga. Upon darshan of me, devotees will attain piety”

In the event of catching he-buffalo Bheema stuck with his mace to the lord. With remorse, he started massaging lord with ghee. Even now we find devotees worshiping with ghee, water, and bel leaves. Also while Darmaraja was leaving to heaven (Swarga), one of his fingers felt on earth, he installed Shiva Linga of thumb size.

By the darshan of kedareshwar we will be free from sorrows even in dreams. Pandavas got rid of sins and sorrows. Whoever gives alms (dan) in kedareshwar will be assimilated with shivaroopa.

Bhairava temple – Deity of the temple and considered to protect the temple during winters.

Bhairav Jhamp – Place known to give instant salvation or moksha, people used to jump to death.

Air: Jolly Grant is the nearest airport which is 283 km.

Rail: Rishikesh is the nearest railway station which is 216 km. It is well connected by railway networks.

Road: Gaurikund is the point where the road ends from there you need to use an easy trek of 14 km. You can reach here from major destinations of Uttarakhand like Dehradun, Rishikesh, Haridwar, etc.