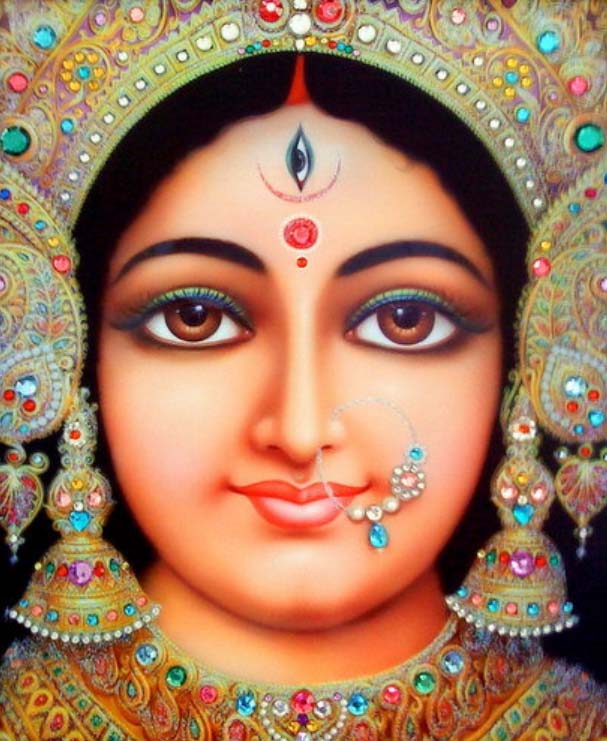 Goddess Mahalaxmi temple located at Joinpur Village, Dakshin Surma, near Gtatikar which is about 3 km. northeast of Sylhet town, Bangladesh is one of the 51 Shakti Peeth. Here goddess Mahalakshmi is associated with the Bhairav form as Sambaranand.

According to the belief of Shakti Peethas, Hindu goddess Sati “neck” fell at this place.

Once, Daksha Prajapati who is the son of Lord Brahma organized grand yagna (ritual of sacrifice) for which he invited everybody except Lord Shiva and her daughter Sati. Although no yagna can be fulfilled without Trinath (Brahma, Vishnu and Maheshwar) he wanted to continue the yagna, it was presided by four prominent Sages. Sati wanted to attend the ritual performed by her father despite lord Shiva’s request of not attending the yagna.

The reason behind Dakshas reluctant to invite Lord Shiva is because of his appearance and costumes ( Lord Shiva wears tiger skin, apply ashes and puts poisonous snakes and skulls as his garments and always wanders in cremation grounds). Apart from this, he is the person behind beheading one of the heads of his father Lord Brahma. (Once there was a verbal war between Lord Brahma and Vishnu, which lead both of them using deadly weapons of Maheshwar and Pashupat. In order to save this universe, Lord Shiva took the form of a pillar of fire and destroyed both weapons.

Despite lord Shiva saying not to attend the yagna goddess Sati attended the yagna where his father Daksha insulted her and Lord Shiva. Unable to withstand the insult goddess Sati fell into the fire of yagna and self- immolated herself. Hearing the news of Sati, Lord Shiva became furious and sent his ganas to avenge the death of Sati, he also said whoever comes against you can kill all of them. They beheaded the head of Daksha, Lord Shiva wandered leaving hopes of life by carrying the corpse of Sati. Seeing Shiva’s grievance all worlds started suffering, in order to save the worlds, Lord Vishnu sliced the corpse of Sati. He also said goddess Sati will be reborn as Parvathi daughter of Himavan.

Places, where the parts of Sati fell, are now called as Shakti Peethas and place where Sati’s Neck fell is Shri Shail, Bangladesh.