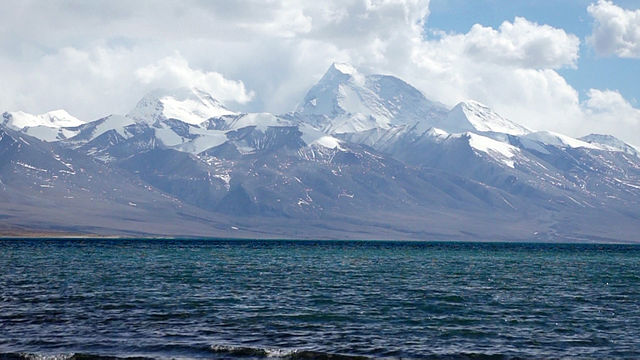 Manasa Shakti peeth is one of the 51 Shakti Peethas located at the foot of Mount Kailash, Tibet. Idols are placed just beside the most sacred and pure water body known as Manasa sarovar. Goddess is called with the name Manas or Dakshayani (Durga) and her consort lord shiva (bhairava form) is called with “Amar” (lord who is immortal).

According to the mythology Daksha yagna and Sati self-immolation, it is the holy place where “Right hand” fell down.

From ancient texts we can learn that Manas shakti peeth or Manasa Sarovar is one of the purest places on this planet where one can get rid of all their sins backed from all janmas with a single dip in the holy river and by circumbulating around it. Although it is compelling to visit this place, but it is not that simple to reach there.

Manasa sarovar lake is one of the places where one can get purest form of water. It is said one can see objects in water body with bare eyes. Also it is believed that this water has healing powers. One who drinks water from this lake will go to abode of lord Shiva after their death.

According to Ancient texts this lake is originated in the mind of lord Brahma. It is a Sanskrit word Manasa = mind and sarovar = lake.

Only limited people are permitted to this sacred place. When it comes to India, it is monitored by Indian and Chinese governments. One can find two routes to reach Manasa shakti peeth, in both routes private transport system comes into play.

For single person it may cost somewhere 2-3 lakhs with 20-30 days tour package.

Route 1: The Lipulekh Pass Route which has 25-30 day tour programme. Based on the travel agency period and package may vary.

Route 2: The Nathu La Pass Route, it is a bit shorter but might cost you.

One needs to take care of self as there is no proper security as its being driven by private authority where government has no action on them.

Road: As mentioned above there are many private vehicles.

Air: Jammu airport can be considered as one of the nearest airport.