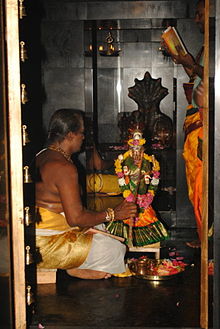 Nainativu Nagapooshani Amman Temple is one of the ancient and historic temples in Srilanka. It is located on the island of Nainativu, Srilanka. During the period of 9th Century, there lived a Hindu philosopher named Adi Shankaracharya who identified this temple is one of the 64 Shakti Peethas around the globe.

According to the Hindu mythology, Daksha yagna and Sati self-immolation, and as per the texts of Brahmanda Purana, it is the holy place where ” Silambu (Anklets)” fell down. Local people call the deity with the name Nagapooshani or Bhuvaneswari and her concert, Bhairava form of Lord Shiva is worshiped with the name Nayinaar. 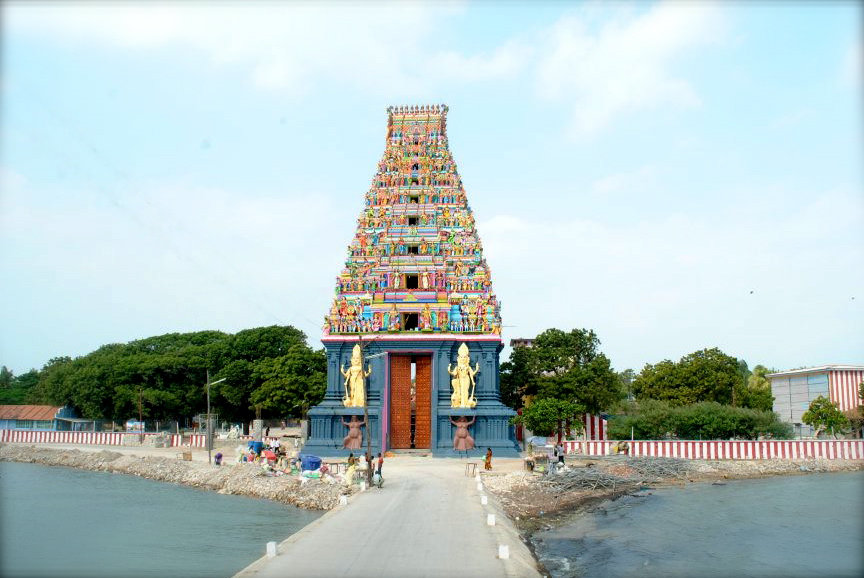 According to epic Mahabharata, Lord Indra couldn’t overcome his sexual desire over Ahalya, wife of Gautama Maharshi. In order to accomplish his sexual desire, Indra took the disguised form of a saint and started seducing Ahalya. When Gautama Maharshi got to know the Indra’s attempt he cursed him to have a thousand marks which resemble yoni (female reproductive organ). Indra was humiliated with the name sa-yoni, unable be bear such humiliation, he started to know what mistake he has done. Seeking for mercy, he started praying Goddess Bhuvaneshwari, queen of the whole universe. Pleased with Indra’s penance and prayer goddess transformed all yoni’s into eyes.

The Temple comprises of four gopurams (gateway towers) with each tower touching to 20-25 feet, among which eastern Raja Raja Gopuram has 108 feet height. We find such huge towers in Tamil Nadu. When Portuguese invaded Srilanka (1620) they destroyed the original temple the present structure is built during the period 1720-1790.

As per the temple structure, its build with Dravidian Hindu Architecture. The structure consists of a beautiful sculpture with oil painting. Approximately it has 10,000 sculpture in this temple. As mentioned above it has four gopurams, Raja Raja gopuram, east, west and south gopurams.

Because of its scenic and historic presence, this temple is always crowded. In normal days we find minimum 1000 people and during festivals, it crosses 1,00,000 mark.  Especially during the month of June/July (Aani month), there happens 16 days Mahotsav (Thiruvizha) which is celebrated with devotion.

As Srilanka is an island, one needs to reach Colombo and then reach to Jaffna and then to Nagapooshani Amman Kovil.

Both above routes is around 432 Kms. among which Colombo to Jaffna is around 400 Kms. and then around 32 kms.