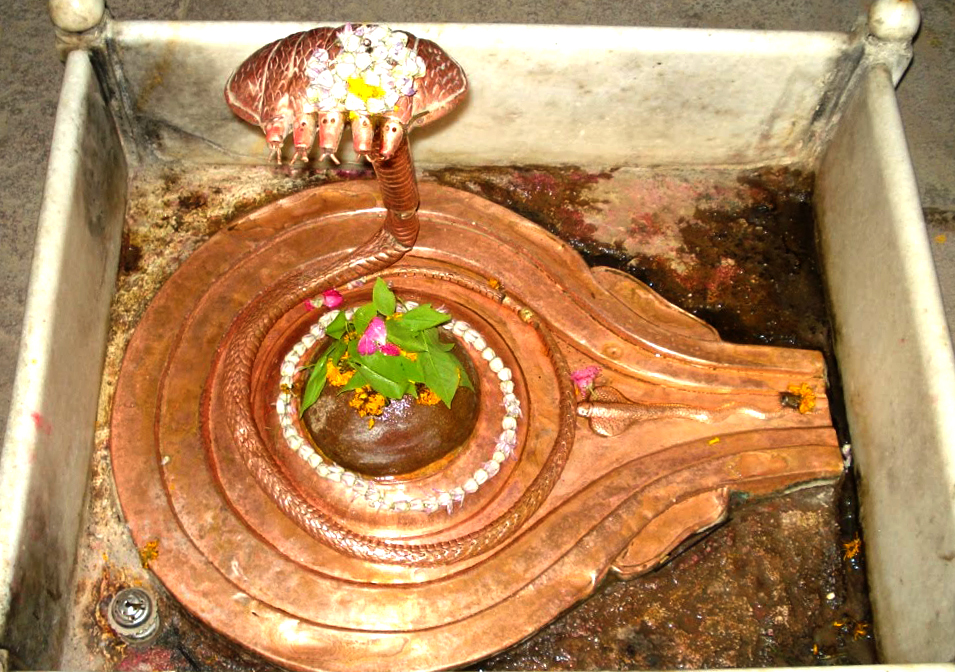 Omkareshwar (Lord of the divine sound “Om”) Jyotirlinga is one of the powerful Hindu temples dedicated to Lord Shiva. It is located on an island named Shivapuri along the river Narmada. Apart from the location, the island looks like the Hindu divine word “Om”. Here we find two temples, one is Omkareshwar and the other is Amareshwar (Lord of immortality).

According to the Hindu scriptures, we find that there was a great war between two forces – good and evil, where evil won the war. Gods who are alongside good prayed Lord Shiva to save, blessed with the payer Lord Shiva took the form of Omkareshwar and defeated the evil force.

According to another story, Narada (son of Lord Brahma and pardon devotee of Lord Vishnu) came to Mount Vindhya and started narrating the greatness of Mount Meru, jealous Vindhya wanted to become greater than his opponent Meru and started worshipping Lord Shiva, pleased by Vindhya’s devotion, and he was blessed with a boon to fulfill his desire. On the same time, on the request of gods and sages, Lord Shiva transformed himself into two parts (lingas) one half as Omkareshwara and other as Amareshwar or Mamaleshwar. While fulfilling the desire of Mount Vindhya, the lord took a word that he will never become an obstacle to his devotees. Vindhya forgot the promise and started growing and growing by obstructed the light of sun and moon. In order to stop his growing, devotees approached Sage Agastya to stop Vindhya. Along with his wife, sage approached the Mount and convinced Vindhya with his magical words and took a word that he will never grow until he returns back to him, but he didn’t return back. Sage Agastya settled in Srisailam which is one of the twelve Jyotirlingas.

Air: The nearest airport is at Indore which is about 77 Km away

Rail: Although there is a point at Omkareshwar Road, it is not well connected with Western Railway. People who don’t have an appropriate connection to this point may opt to railway point at Indore.

Road: When it comes to the road, Omkareshwar is well connected with all major cities and has a regular bus service from Ujjain, Indore, and Khandwa. The shortest between them is by Omkareshwar road.