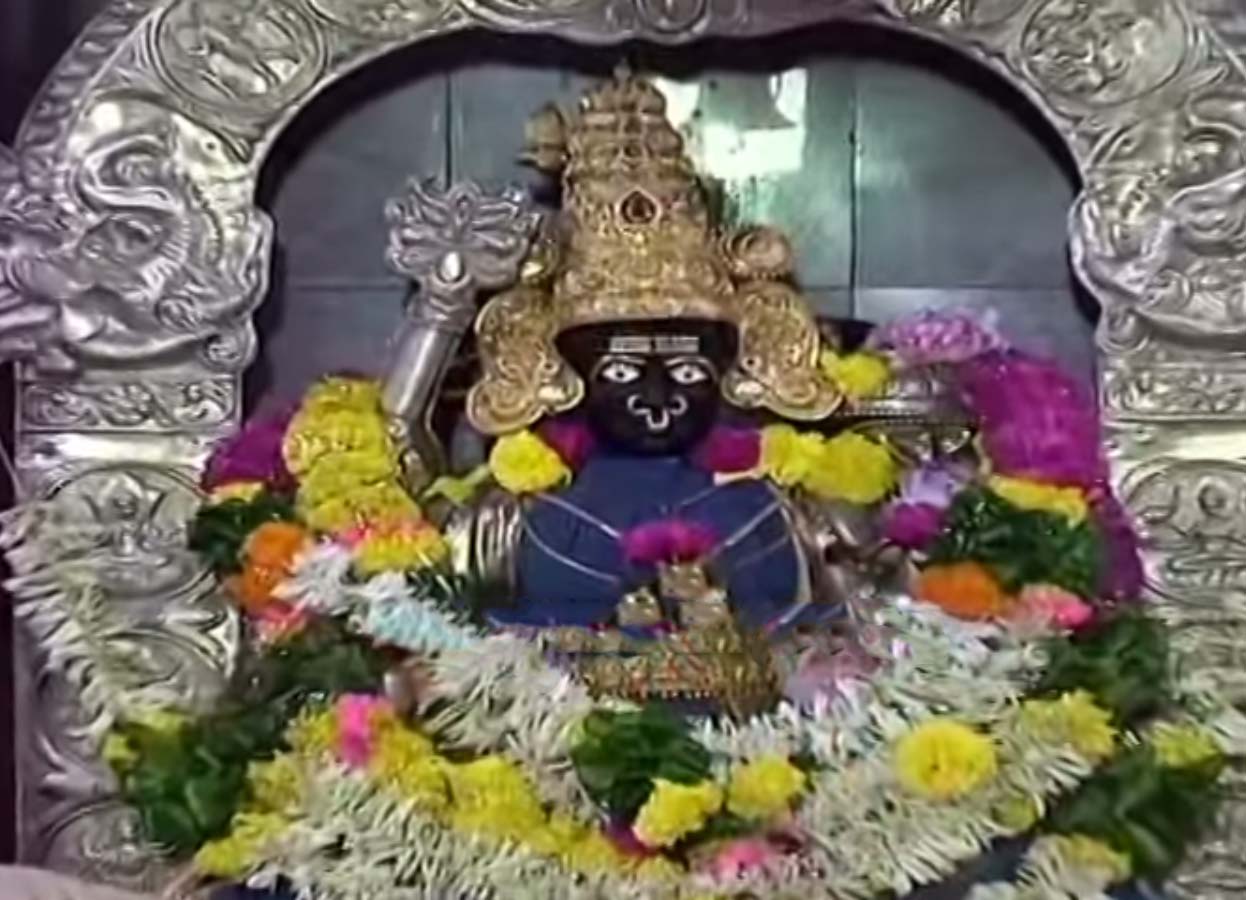 Puruhutika Devi temple is located on the outskirts of Pithapuram village, Kakinada, Andhra Pradesh, India. It is well known with the temple name Kukkuteswara Swamy temple. It is not only one of 51 Shaktipeethas but also one of Astadasa (18) Maha Sakthi peetas chanted by Aadi Sankara.

It is said that during Daksha yagna, when goddess Sati self-immolated her “Hipp part” fell down at this place. As we should not see goddess Shakti directly with our eyes who is present in gharbagudi, there is one more idol installed on Sri Chakra. This idol of Puruhuthika Devi has four hands handling beejas, axe, madhupatra and kamala.

Legend: There lived a demon named Gayasura, he used to absorb all the powers of the outcome of yagnas and rituals. By his act all gods started losing their powers, they all approached Trinath gods (Brahma, Vishnu, Shiva). They decided to stop his acts and entered Gayasura kingdom in disguise forms of priests. They asked Gayasura that they want to perform yagna, when demon agreed they insisted they want to perform on his body rather than earth. He got to know that the priests are non-other than Trinath gods and agreed for their wish. Priests agree to perform yagna on a condition that Gayasura should not move his body for 7 continuous days if he moves yagna will get disrupted. On 7th day lord, Shiva transforms into Kukut form and gives sound at 2:00 am like it’s morning. Gayasura wakes up and takes normal form, as yagna is disrupted they insisted his death is confirmed. Gayasura pleads Trinath that he knows who they are but his body should be treated as holy places on earth. Lord Vishnu kills this demon with his foot, his head part fell in Bihar, stomach part in Orissa and leg part in Pitapuram, Kakinada. As Lord Shiva transformed in the form of Kukut, Lord Shiva is known with the name Kukuteshwar.

Every day kumkum Archana and special rituals are performed. In the main temple, we find goddess Raja Rajeshwari wife of lord Kukuteshwar, she is known for her kindness and peacefulness. We also find Sripada Srivallabha Dattatreya and Humkruthi Durga in temple premises.

Air: Rajahmundry and Vishakapatnam are the nearest airports connected by major cities of India.