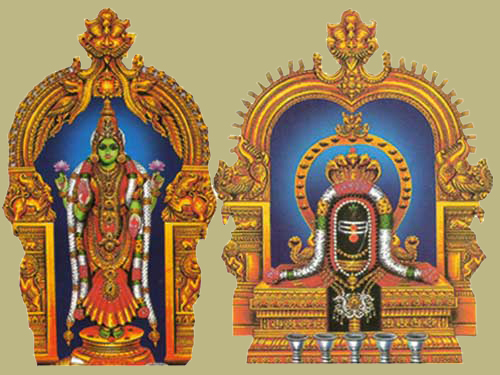 According to Ramayana, Lord Rama killed demon king Ravana during the battle. As Ravana is also known for his knowledge hub and have Brahmin genes, Lord Rama felt he made sins during the battle. In order to absolve sins, he wanted to pray Lord Shiva and directed Hanuman to bring the largest lingam from the Himalayas. As Hanuman couldn’t return on time and as it was getting late, Sita (wife of Lord Rama) built small lingam made with sand.

Lord Rama almost finished performing rituals to the linga before Hanuman landed with large linga. Hanuman wanted to remove the sand linga and replace with the one he bought from the Himalayas with his tail but was not successful. As it was prayed by Sri Rama by having a bath in Danushkoti, it is called as “Ramalingam”. Sri Rama asked Hanuman to place Vishwalingam Lingam on the north side of Ramalingam and ordered devotees to worship Vishwalingam Lingam first and then to Ramalingam. 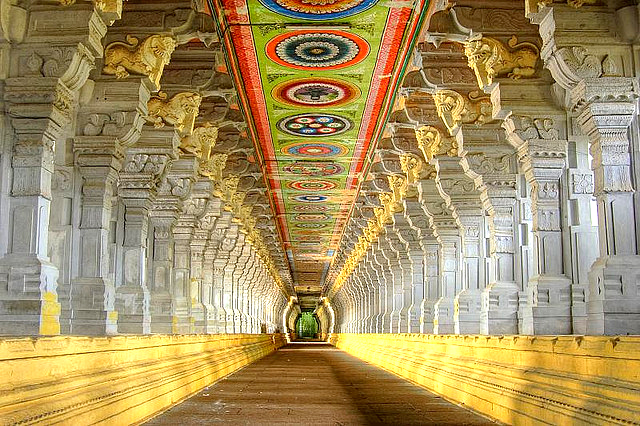 Like other ancient temples in south India, it is also built with four corridors; the outer corridor is the longest corridor in the world having 6.9 meters height. You find separate shrines for Ramanathaswami and Goddess Visalakshi separated with corridors. You find 4000 brilliantly carved huge pillars of approximately 1220 meters in height.

Rameswaram is famous for having many teerthams (holy water bodies) in and around the temple. There are around 64 thirthas, out of them 24 are important as per Skanda Purana.

Air: Madurai airport with 154 km away is the nearest airport.

Rail and Road: It is well connected with all major cities of India. You find local transport medium like taxis, cycle rickshaw, tonga, etc.