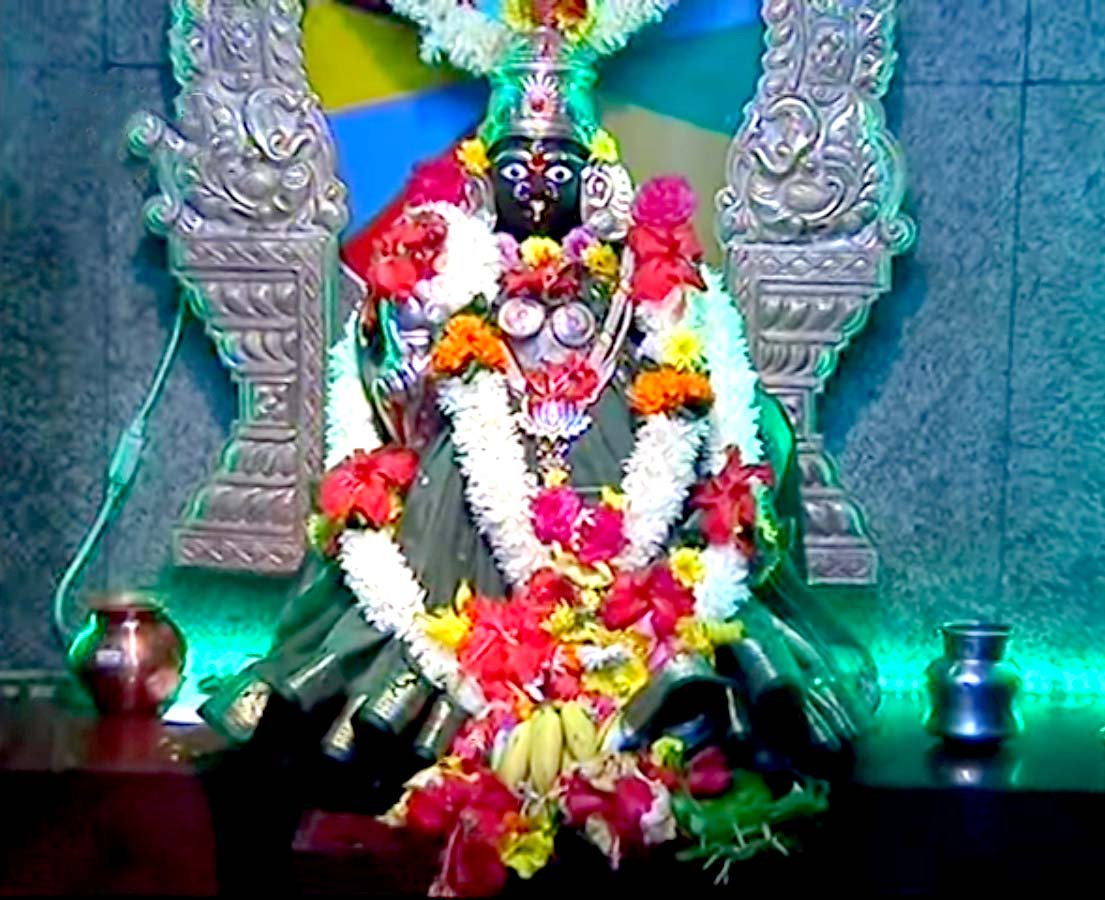 Sarvashail or Godavari tir shakti peeth is considered as one of the 51 Shaktipeethas scattered around the globe. It is located at Kotilingeswar temple on the banks of Godavari river, Rajamundry, Andhra Pradesh, India. Goddess is also worshipped with the names Rakini, Vishweshwari or Viswamatuka (Mother of all worlds). Goddess Sarvashail is accompanied by Vatsnabh or Dandapani (manifestation of Lord Shiva).

Faith: It
is considered that whoever dips in the holy river Godavari and worship goddess Sarvashail
their wishes are fulfilled and attain prosperity.

According to Ancient scripts, When King Daksha
performed sacrificial yagna against Lord Shiva, his daughter goddess Sati
(concert of Lord Shiva) self-immolated for the insult of her husband lord
Shiva. When Lord Shiva carried Sati corps in grief, Lord Vishnu cut down the
body of Sati with his Sudharshan Chakra. During which it is believed that
“Devi’s left Cheeks” fell down at this place.

According to the scripts there lived
a sage named Gautama on Brahmagiri Hills, Trayambakeshwar. There was a time
when the whole world is suffering from drought but his ashram was not affected,
people around the places came to his ashram to take shelter. He stored all his
rice in a granary, once a cow entered into the granary and started eating rice. In
the process of warding cow, he used grass with which cow fell dead. In order to
clear the sin of Gohatya, he worshiped Lord Shiva to bring down goddess Ganga.
From then Godavari river is considered as Dakshina Ganga and the place as
Dakshina Kashi. During the period of Pushkar bath crores of devotees come to
take a holy bath.

It is one of the ancient temples builds more
than 5000 years ago. Although there is no clear information when and who build
the temple, temple architecture and fine work of sculptures on the tall wall of
Gopuram resembles ancient culture. During the festival of Navratri and
Shivratri millions of pilgrims visit the temple and have a dip in Godavari
river

Road:
There are many buses floating all the time, also it is well connected with all
major cities of India.

Rail:
Rajahmundry railway station is one of the biggest

Air:
Rajahmundry airport is the nearest airport which is 18 km. from the city.