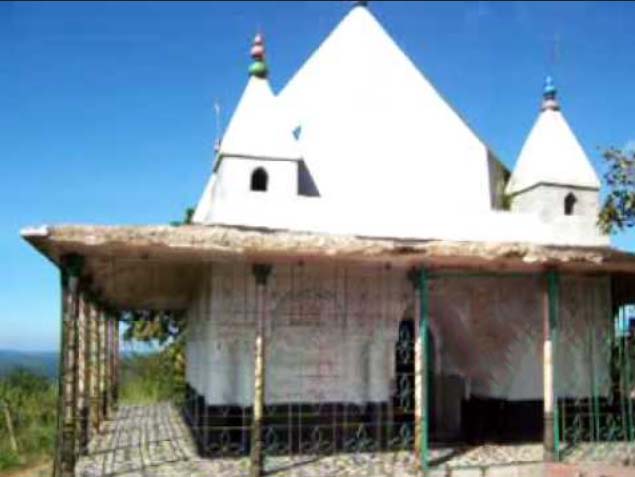 According to the ancient scripts and mythology of Daksha yagna, goddess Sati’s “right arm” fell at this place.

Because it is located on a high altitude of 350 meters high from ocean level, we find less number of pilgrims visiting the temple. Many pilgrims who come to this spot is young people. Panorama view from this hill during winter is amazing to experience. Local people say it’s one of the ancient temples in its sub-continent and temples chariot is made with wood and known for its carvings. We also find a Buddhist temple with the footprints of Lord Buddha.

We find the idol of goddess Sati, locals call it with the name Bhavani and shiv ling with the name Chandrashekar. Lord has got that name because he rules over the moon and he has got the crescent moon on his head.

According to the legend, about 800 years ago Raja Biswambhar Sur happened to reached Chandranath hill via sea. During that time Dhanya Manikya who is the ruler of Tripura gave many endowments to Chandranath and he also tried to move Shiv ling in an attempt to take to his kingdom but all his efforts went in vain.

On the event of Shiva Chaturdashi Puja (in the month of February) lakhs of devotees throng to this temple to get lords blessings. This event lasts for 10 days, during other days this temple is open from 6:00 AM. to 6:00 PM. Best time to go to this temple is between October and March. Tourists can stay in hotels in Chittagong city.

Road: As this place is on high altitude, you can reach Sitakunda from Chittagong via bus. Then via Sitakunda Bazar, one can come to the hill by local Autos or by walk.

Rail: The nearest railway station is at Chittagong. Also from Dhaka and Sylhet which is 6-hour journey to Chittagong