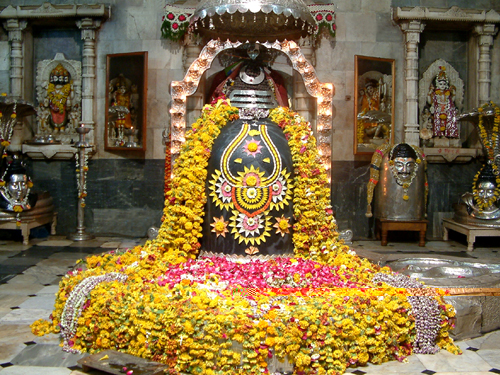 Somnath Temple is one of the ancient and twelve Jyotirlinga shrines of Lord Shiva. It is located near Veraval in Saurashtra, Gujarat, India. It is being destroyed six times by the Muslim conquerors as it is known as “shrine of eternal”.

As per Puranas, Somnath temple existed before the beginning of the Common Era. In order to cure himself Soma or the god of the moon, who is being cursed by Daksha for neglecting his other wife’s and loved only one of his daughter, build the temple in gold and later got relief partly from the curse with the blessing of Lord Shiva. In later period Ravana builds in silver and Lord Krishna in wood.

Somnath temple is known for its architecture as it is located in such a place where you will not find any land in straight between Somnath seashore to South Pole – Antarctica. Also, you will find the Chalukya style of architecture and reflect sculptures skills.

You may think of taking photographs of rich culture but unfortunately, it is prohibited.

You also have Surya Mandir, Ahilya mandir and Veraval beach with is about 4 km away.

If you are getting by train then the nearest rail station is Veraval.

If you want to reach by road then its 85km from Junagarh, 7kms from Veraval.

Grishneshwar Temple – Jyotirling blessed with wealth and pleasure Grishneshwar Jyotirling is considered as last or 12th Jyotirlinga on the earth. It is located in a village known as Verul…

Trimbakeshwar Jyotirlinga Temple Trambakeshwar is one of the ancient Hindu temples dedicated to Lord Shiva. Trimbakeshwar takes the tenth position out of twelve jyotirlingas, it is located in the town…