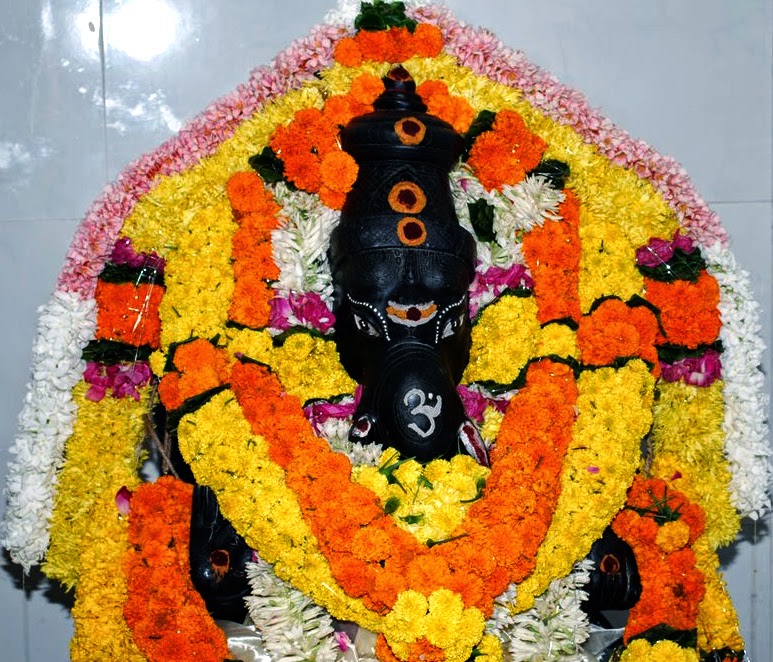 Sri Sampath Vinayaka Temple is one of the famous temples in Visakhapatnam. This was constructed by lords devotes Late S.G. Sambandan, Late T.S. Selvaganesan and Sri T.S. Rajeswaran with their own funds in the year 1962.

Initially, local fishermen used to come to this temple and offer rituals like deeparadhan and other puja’s before going to market and do their daily business. Five years later Kanchi Paramacharya reconsecrated the shrine by placing “Ganapathi Yantram“. Yantras are considered to increase the power of the god. We find Sri yantram in many temples similarly Ganapathi Yantra is also powerful. Lord Ganesh is considered a mooladhara god while creating any kind of Yantra.

Whoever prays the lord will have an attraction towards people and sarvakarsh by chanting below mantra.

Our mantra and tantric sastra’s say that before doing any task first we need to worship Lord Ganesh. According to the form of deity, rituals will vary, devotees who want to stabilize and increase their revenues or knowledge will pray Sri Sampath Vinayaka swami.

It is believed that Vizag was saved from Pakistani attack so Admiral Krishnan, in charge of Eastern Naval Command personally came to the temple to break 1001 coconuts. From that period this temple became much more famous.

Road: This is temple is at walking distance from RTC complex

Rail: Visakhapatnam is well connected with all parts of India and is 2 Km away from the railway station.