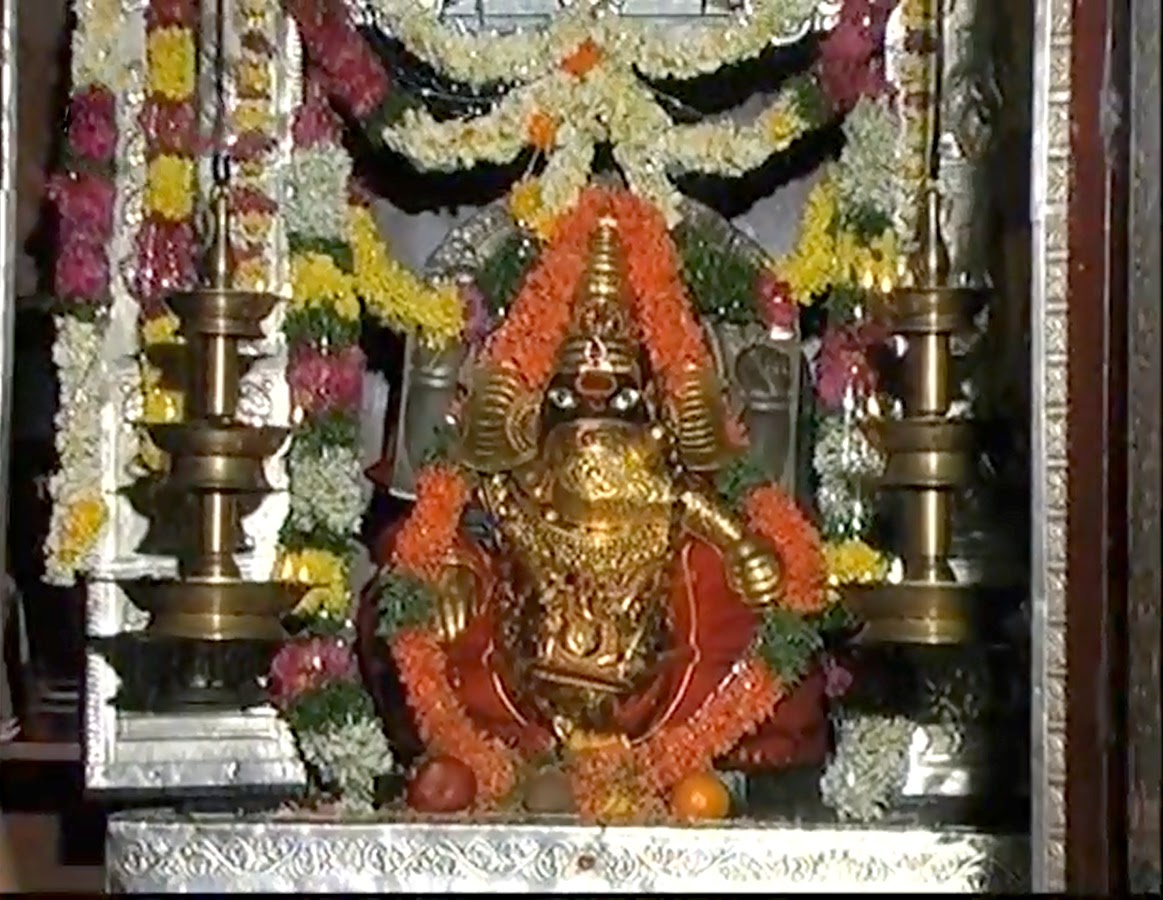 Sri Siddhi Vinayaka temple located near Secunderabad railway station main road is one of the famous temples in Telangana region. It is said that the idol was found in a well in the year 1824 and the idol was installed by Shri Adi Shankaracharya of Kanchi peetam. This temple is build based on Agama Shastras.

Devotees who come to this temple can get the blessing of Lord Shiva family who resides at Mount Kailash. There are idols of Lord Shiva, Parvati, Sri Valli Devasena sametha Lord Subramanya Swamy (left side) and main deity Lord Ganesh.  Apart from Shiva family, you also have lord Hanuman idol who is considered lord Shiva form facing south (opposite to Uma devi).

Satya Ganapathi puja will be performed every day and devotes tie coconut at temple premises to fulfill their wishes by doing this puja for mandal (41 days) or half mandal.

Lord Uma Maheshwar is in the form of Linga Roopa, we have Nandi and gajastamba opposite to the lord. Devotees perform nityabhishekam and panchamrta abhishekam and have its teerth. On the left of Lord Shiva, we have Goddess Rajarajeshwari holding different weapons in hand with a smile on a face.

Along with major gods and goddesses, you find Nava graha’s along with naga prathista (installed) in the temple. Every Saturday morning there is navagraha Homam, Devotees perform this homam to overcome their problems caused by planetary orientation. Every Tuesday kalasarpa dosha nivarana puja is performed.

Road: As this is at the heart of the city, many buses are connected to Secunderabad station.

Rail: As this is on the main road of Railway station, Secunderabad is linked with many parts of India.

Air: Rajiv Gandhi International Airport is the nearest point and you have local buses and travel cabs operating to this point.