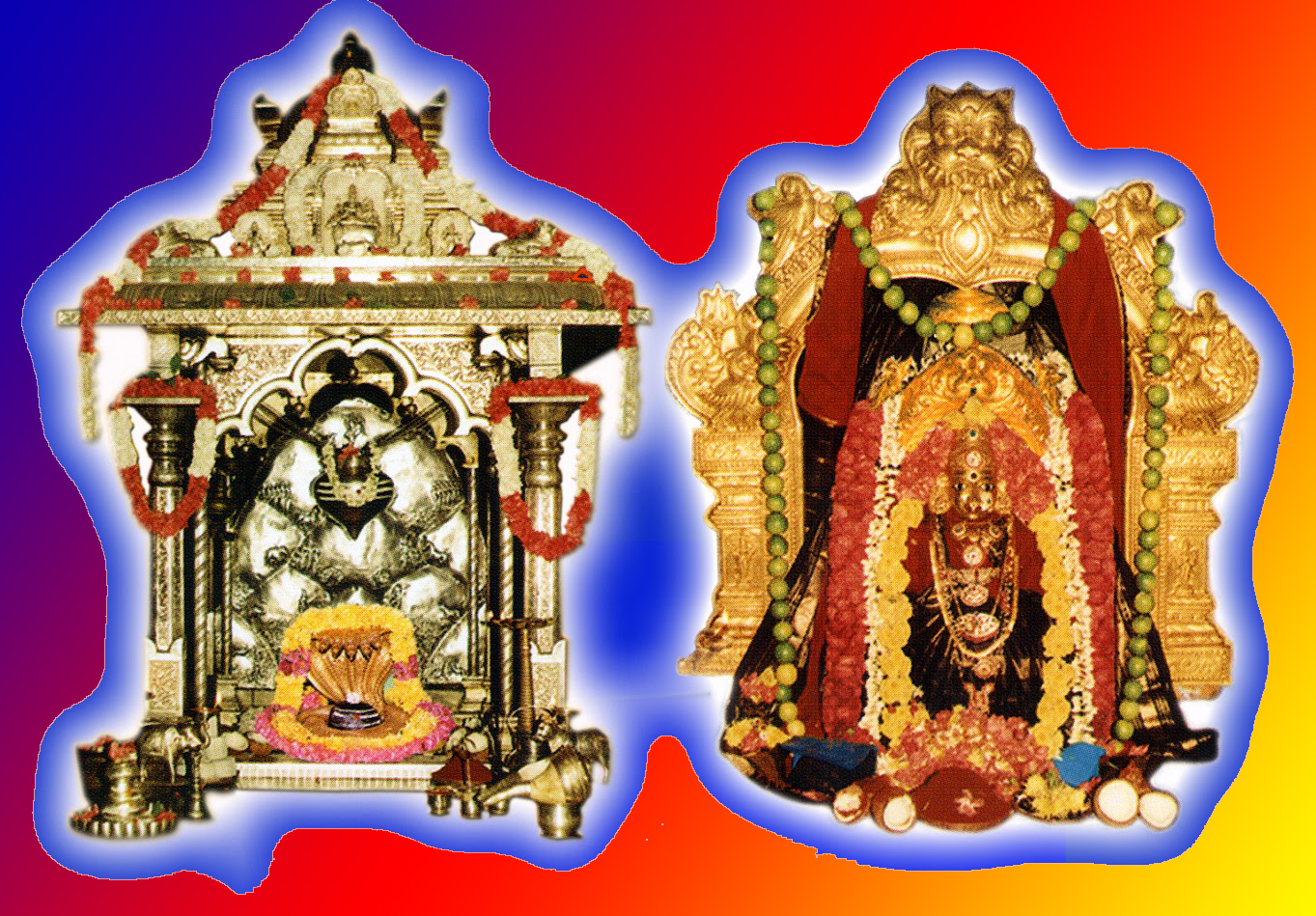 Srisailam Bhramaramba Mallikarjuna Swamy temple is located on the banks of holy river Krishna. It is situated in Kurnool district of Andhra Pradesh, India. It is one of the twelve Jyotirlingas. According to Jyotirlinga slokam, it is described in the second position. History of this location is being bought from the ancient inscriptions of Pulumavis Nasik of 1st century A.D. It is being worshipped from many races of Sathavahanas and preceding kings.

Srisailam Mallikarjuna Swamy is also mentioned in the ancient religious literature of Skanda Purana. It is also stated in religious scripts of Ramayana and Mahabharata.  It is said that sacred “Nandi” who is known as Lord Shiva’s vehicle performed meditation with devotion then Lord Mallikarjuna  Swamy and Devi Bhramaramba (Lord Shiva and Parvati) appeared and blessed him.

Goddess Parvati slew demon Mahisasura. As a miracle, we can still hear a sound of bee in a tiny hole at Brahmaramba temple. In order to enter Srisailam during ancient days, there were four main gateways known as Tripuranthakam, Siddhavatam, Alampur, and Umamaheswaram. Emperors believed this holy place as a sacred place and spent huge amount only for its maintenance. Ganapathideva spent around 12,000 golden nanyas for its maintenance.

According to literature if we are going to visit Srisailam Bhramaramba Mallikarjuna Swamy temple then we need to visit Sakshi Ganapathi Swamy as he stands as a witness for devotes visits.

Apart from the religious aspect, Srisailam is equipped with lots of natural beauty and other religious places to visit. I have illustrated some other temples to visit making Srisailam temple as the center.