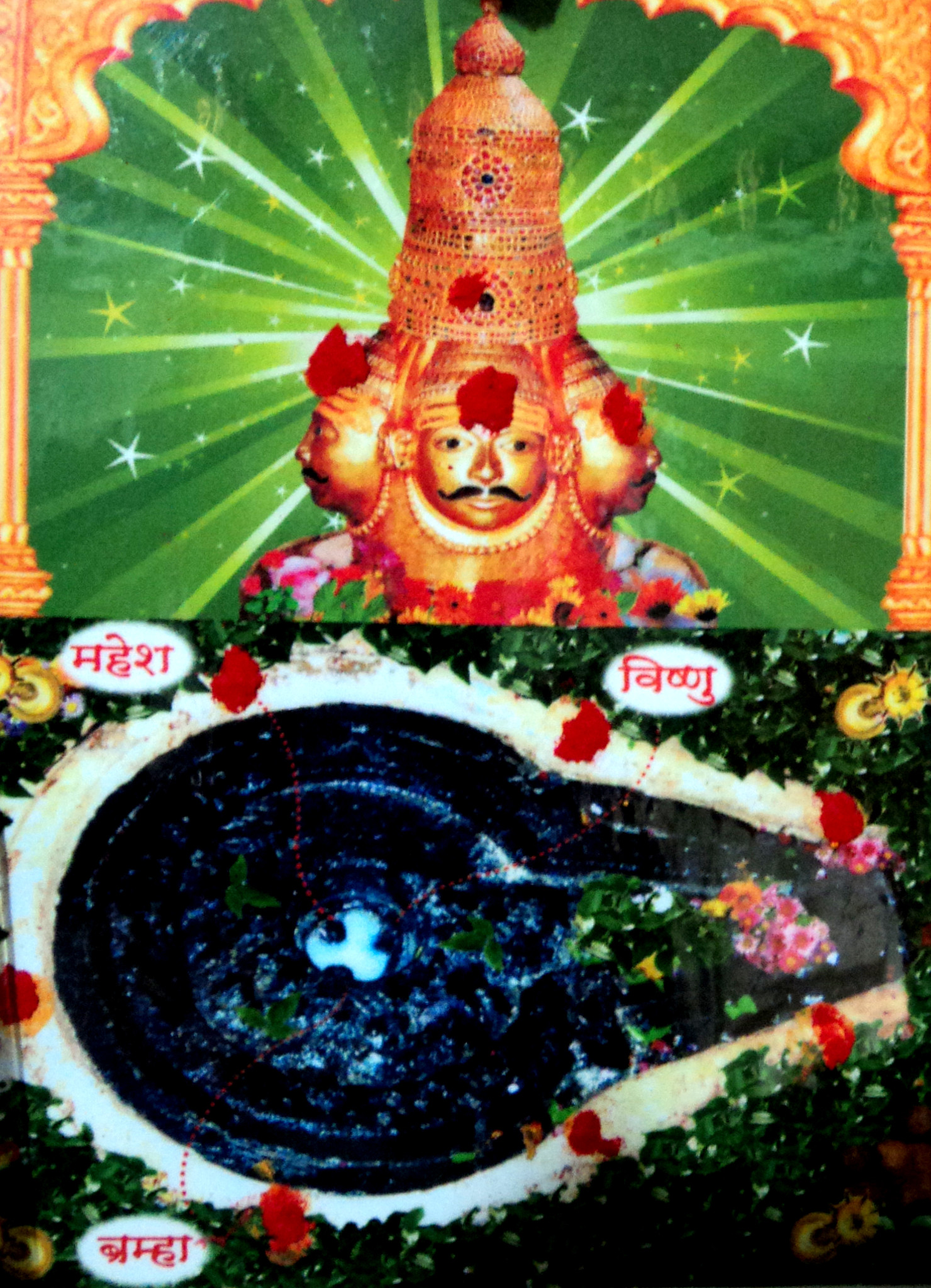 Trambakeshwar is one of the ancient Hindu temples dedicated to Lord Shiva. Trimbakeshwar takes the tenth position out of twelve jyotirlingas, it is located in the town of Trimbak, Nasik district of Maharashtra, India.

We all are aware that Lord Shiva is abhisheka Priya and we use water during abhisheka but lord in Grabhagriha is not worshipped by doing abhisheka with water unlike other jyothirlingas as there is an orifice above the lord and it’s being showered constantly with a natural source of water. Due to excess water, the linga got eroded. Another magnificent feature is that Trimbakeshwar Jyotirling is embodying Lord Brahma, Vishnu and Rudra. We find a golden mask to Trambakeshwar, which is said to be from the age of Pandavas. This mask is equipped with precious diamonds and stones and is displayed only on Monday.

People believe that there is a lion roaring sound heard from the Linga and also find flames coming out from this Linga. In order to cool the anger of a lord, milk mixed with opium is put in the pitcher which is hung upside down over the linga. During this period priests chant Rudrabhisheka mantras and keep lord peaceful. Another miracle is that all the milk poured over the Linga disappears into the hole.

Saint Gautama was doing a great tapas using pranayama for a long period as there were no rains for a hundred years. Pleased with the Tapas (mediation), the god of rain (Varuna) appeared and blessed him, with those powers Gautama dig a hole on his hand. Varuna blessed the water source will be unending and will augment all kinds of holy yagna, homa and for the worship of gods.

Once saints disciples went to procure water, where other saints wives were present for the same purpose. Ahalya wife of Saint Gautama insisted to give a chance to their disciples. Insulted by Ahalya’s words saint’s wife’s wanted to take revenge. In order to insult Gautama other saints performed mediation to please Lord Ganesh. Lord Ganesh appeared and blessed with boons and also warned for future consequences for angering great saint like Gautama.

Once Gautama saw a thin starving con there when he tried to help show the way, the cow fell dead. Other rishis wanted to catch use of this incident and insulted Saint Gautama for “Gohatya” (slaying a cow) and wanted him to leave the place.

In order to clear the sin of Gohatya, Gautama started praying Lord Shiva and blessed by bringing Ganga to earth which clears all sins. Lord Shiva purified Saint and wanted to head towards heavens. Saint Gautama urged Lord Shiva to stay on earth until the end of Kaliyuga.

The spring where the Godavari comes out is known as Gangadwar, Ganga flows constantly from the rocks which are shaped like cow face. For every 12 years, we find Kumbh Mela is held here where lakhs of people come to have a holy dip in Kushavarta.

By Air: Gandhinagar Airport, which is about 31 km is the nearest domestic airport, alternate is Mumbai.

By Road: Trimbakeshwar is well connected, you find a number of buses served by Maharashtra Road Transport Corporation. You even find private taxies and many private luxury buses from Mumbai to Nasik.