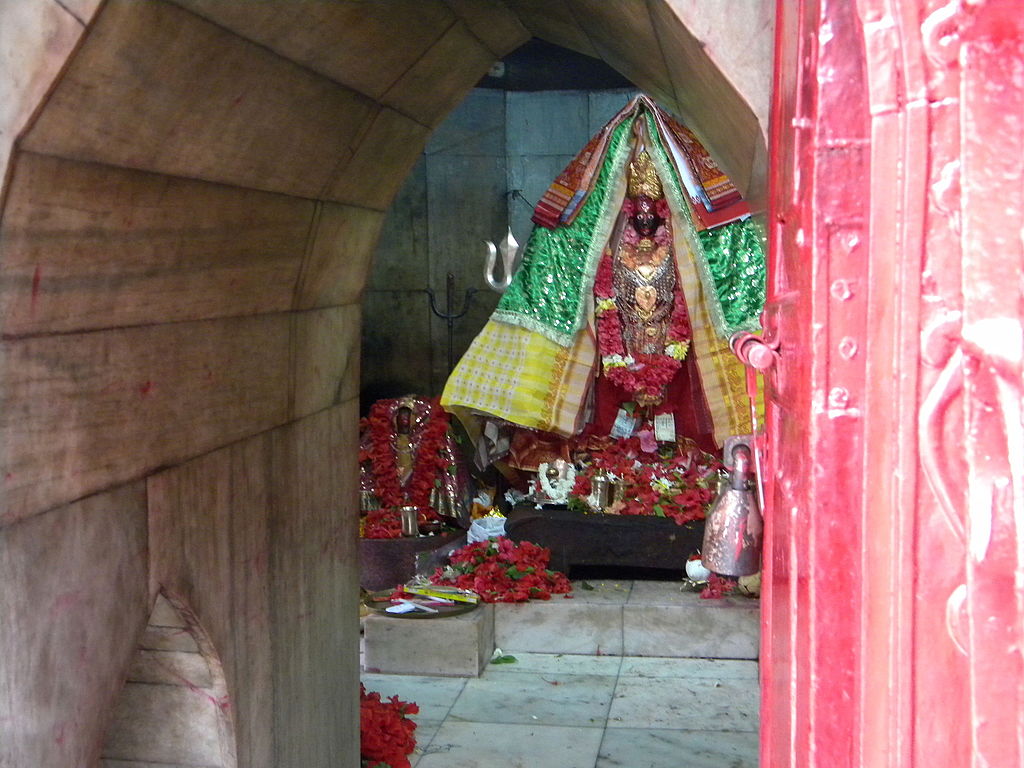 Tripura Sundari Temple is one of the ancient shakti peethas located in Udaypur, 55 kms. from Agartala, Tripura. Tripureswari Mandir was constructed by Maharaja Dhanya Manikya Dev in 1510 AD. This temple has square type sanctum with canonical dome.

Unlike other temples we find two idols of similar type with different sizes. One idol is of 5 feet tall (made of kasti stone – reddish black colour)  and other is 2 feet. Smaller idol is called as “Chotto Maa”, it is said that Kings of Tripura used to carry small idol along with them during wars and hunting to protect them and attain victory over opponents. 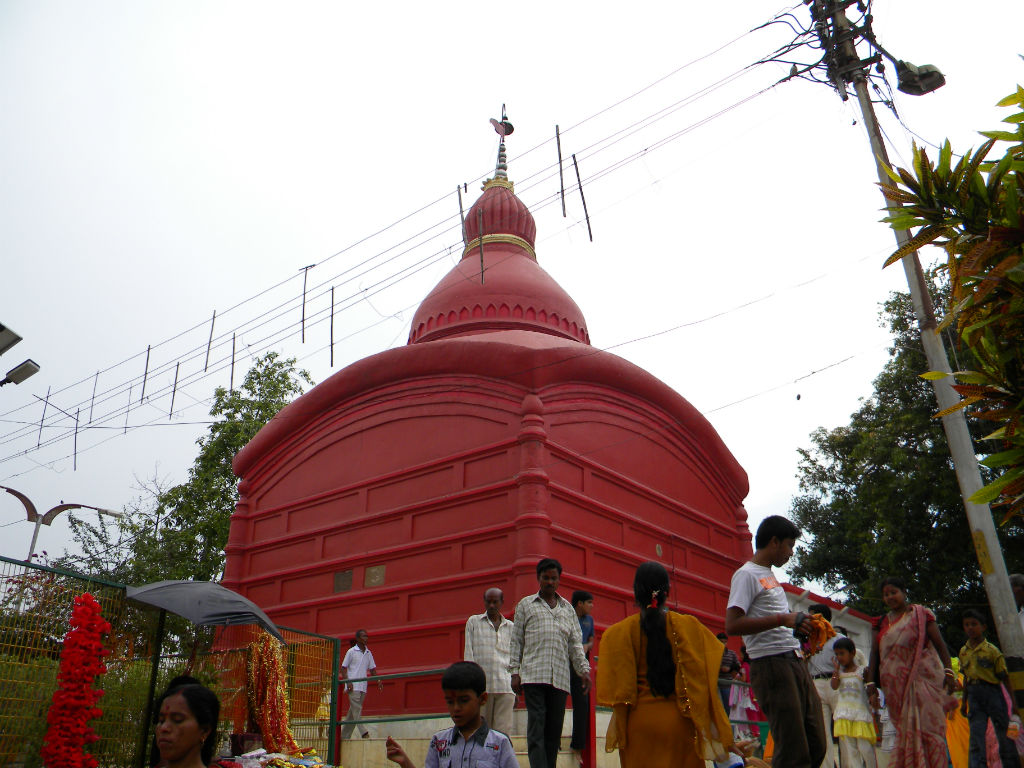 According to the Hindu mythology, Daksha yagna and Sati self-immolation, Matabari is the holy place where “Right Foot” fell down. Local people call the deity with the name Tripura Sundari and her concert, Bhairava form of lord Shiva is worshiped with the name Tripuresh.

During end of 15th Century there lived a king named Dhanyamanikya. One night king had a dream where goddess ordered to build temple by installing a goddess Tripurasundari on hilltop near the town of udaypur where there was already a temple dedicated to lord Vishnu. King was confused and had a doubt how come idol of goddess be there at a place where lord Vishnu is worshipped. Again king had a dream next night insisting to do what he dreamt. Following instructions king built a temple.

Every year there is a huge mela during the festival season of Diwali. During this mela temple is hit by more than 2 lakhs of devotees.

Apart from this one can find huge fishes and tortoises in Kalyan sagar in the eastern side of the temple. Devotees feed this species with muri and biscuits. One can find devotees offering animal sacrifices especially goats to goddess Tripura Sundari.

How to reach Tripura Sundari Temple:

Road: It is connected by Guwahati road via Shillong. One has to reach Agartala. From there we find many private and public sector transport facility.