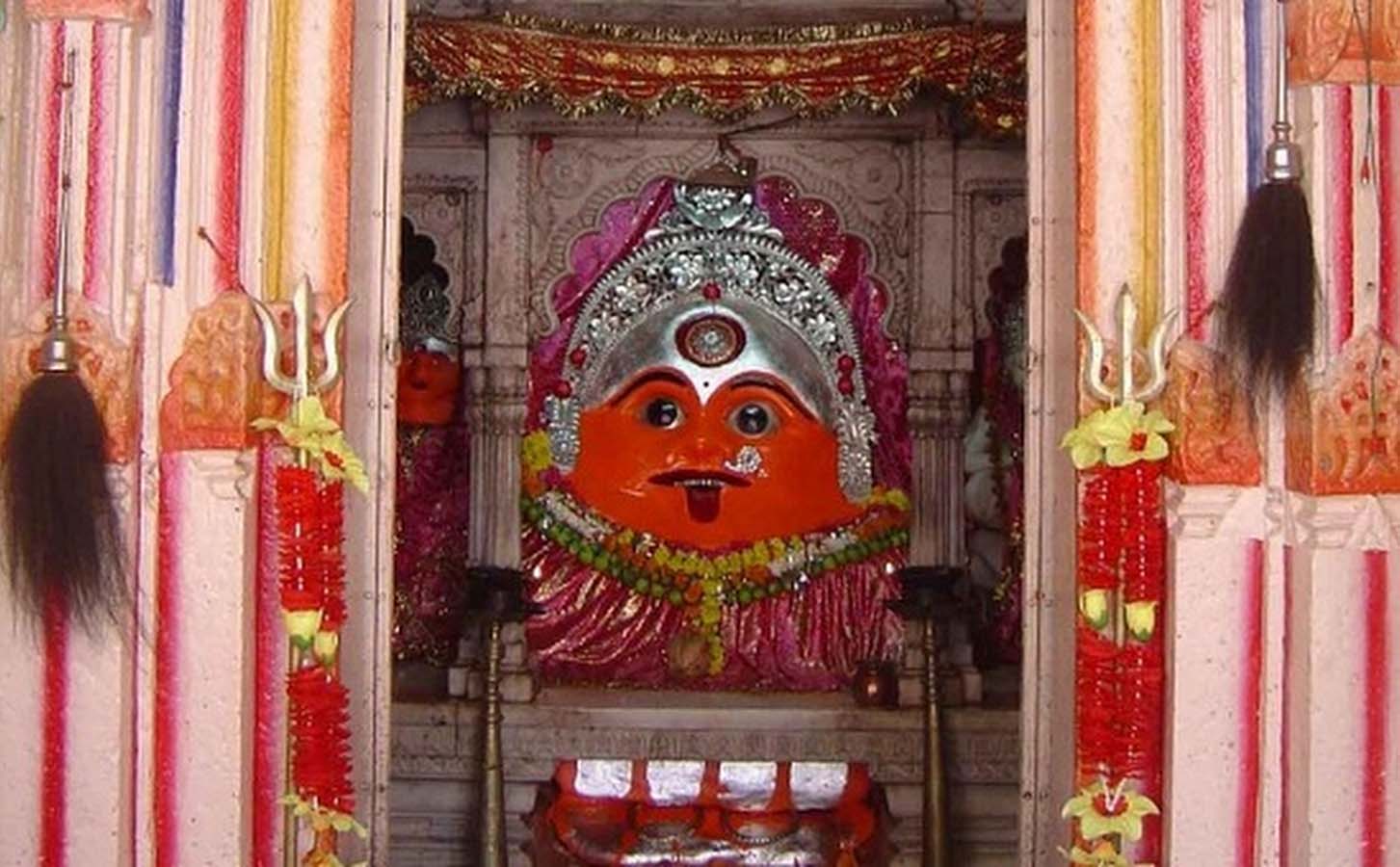 Avanti maa temple also is known with the name Gad Kalika temple in local is one of the 51 Shakti Peethas located on Bhairavparvat on the banks of Shipra river, Ujjain, India. Here Avanti maa is also called with Shri Maha Kali, the Bhairav form of Lord Shiva is Lambkarna. It is one of the ancient temples in India, it is believed to be a 5000-year-old temple. Goddess is also one among Ashtadasa Peethas. Goddess is one among three deities Maha Kali (middle), Maha Lakshmi and Maha Saraswathi.

Once there was a demon named Andhakalesahwar who created havoc in all worlds. He had a boon from Lord Brahma that where ever his blood shreds, there will be his form of demons generated. In order to protect all worlds, Adhi parashakti took the form of Kali and during the fight goddess spread her tongue and absorbed all the blood came out of demon and killed the demon.

In another context, it is the place where Kalidasa got knowledge by the grace of the goddess. It is believed that goddess wrote text on the tongue of Kalidasa.

In garbha gudi we find goddess Avanti idol stretching tongue. In Devi Bhagavatam, Gad Kalika maa is treated as the goddess of graha kalika. According to Skanda Purana king, Ashoka married to the bride of this city and made Avanthi as his capital city for a ruling. Also, Ujjain means the birthplace of the religion Jain. King Sudhanva changed his religion to Jain and changed the name of Avanti to Ujjain.

Road: First you need to come to Capital city Indore and then you find many local vehicles.

Rail: Indore junction is the nearest railway station. It is 53 kms. from Gadkalika temple.