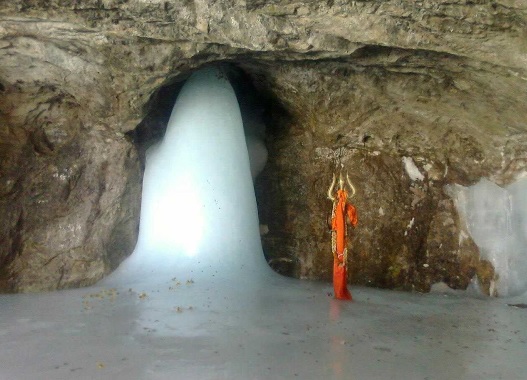 Mahamaya shakti peeth is one of the 51 Shakti peethas located at Mount Amarnath, Jammu and Kashmir. It is treated as one of the important holiest places as part of Hinduism. Challenging mountain terrain and climate, thousands of devotees come to this shrine. It is believed that the temple is much older than 5000 years. In the temple, we find ice stalagmite forms of goddess Mahamaya and Lord Shiva as Trisandhyasvar and Lord Ganesh. 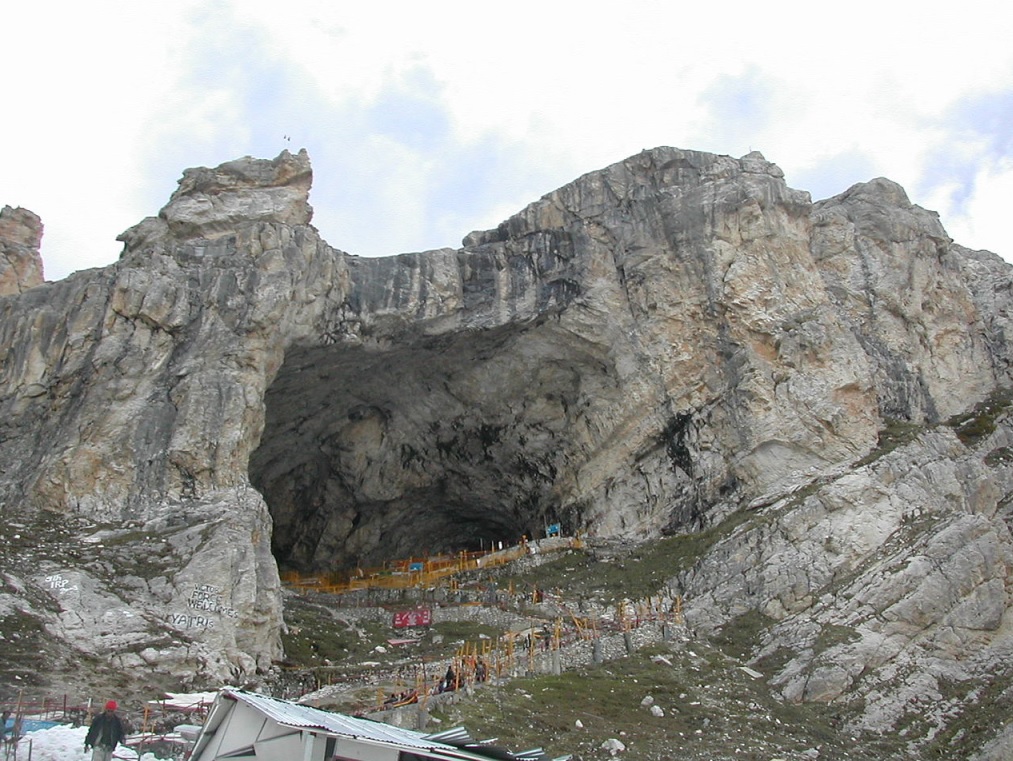 When Lord Shiva accepted the request of explaining the secret of life and immortality, he chooses Amarnath cave to reveal secret (if someone hears the secret of immortality then they may become mortal). In order to keep the place private, he left Nandi at Pahalgam, the crescent moon at Chandanwari, snakes at the banks of river Sehsnag, Lord Ganesh at Mahagunas parvat and panch boothas at Panchtarni. In order to maintain the secrecy of eternity Lord Shiva created Rudra named Kalagni (fire) and insisted him to spread the fire around the mount so that no living being enters the cave and if any living being exists they may leave the place. Then Lord Shiva took Samadhi on the skin of deer. Although he took many precautions, there were two pigeon eggs under the deerskin, when pigeons came out they became immortal as they heard the secret of immortality.

During the 15th century there lived a shepherd named Buta Mallik, once a saint gave a bag of coal which turned into gold when he reached his home. He returned to the place to thank the saint but he disappeared, and in search, he found a holy cave and Shiva Linga. He narrated the whole story to his villagers and started worshipping.

Pahalgam situated at 96 km., Chandanwari at 16 km., Pissu top, Seshnag, Panchtarni and Baltal Holy cave which is at 14 km. (It’s for healthy people who can trek mountains)

Road: MahaMaya shakti peeth or Amarnath is one of the famous pilgrimage places, you have many buses and taxies. One can hire a taxi on a daily basis or as a package.

Air: Srinagar is the nearest airport. You really enjoy traveling by air as Srinagar is considered as “paradise on earth”