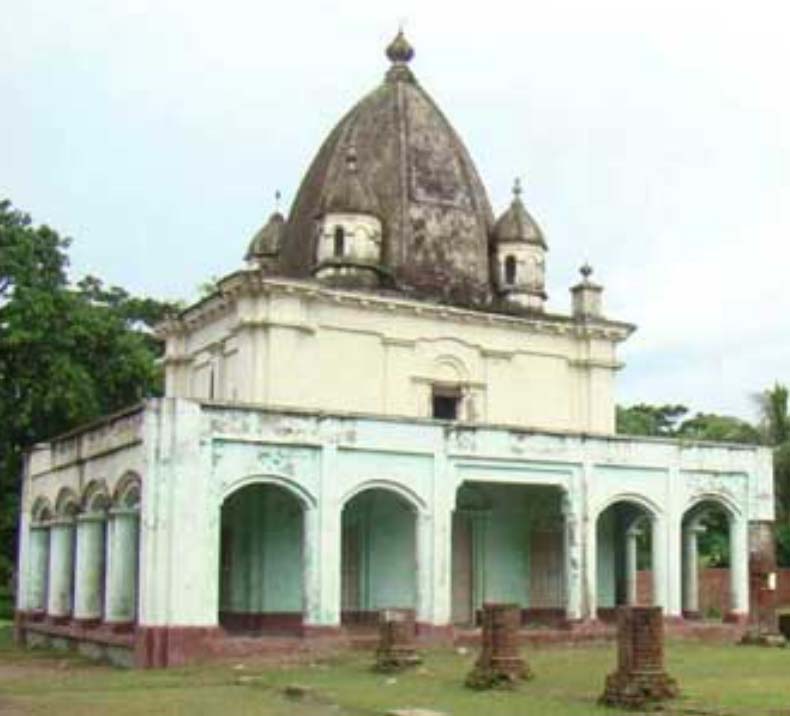 Jessoreswari Kali Temple is one of the 51 Shakti Peethas located Ishwaripur, Bangladesh. It is one of the famous ancient Hindu temples dedicated to goddess Kali in Bangladesh. It is believed Jessoreswari Kali temple boasts older than the 13th century, but there is no proper evidence. It is said there were 100 doors to the temple, as time passed temple got crumbled. In the later period of the 13th century, during the reign of Laxman Sen and Pratap Aditya, the temple was renovated.

As per the mythology of Daksha yagna and goddess Sati’s self-immolation, “Palms of hands and soles of the feet” fell at this place. Legend of the temple says General of Maharaja Pratapaditya happened to see bright light glowing from bushes he found it’s coming from a piece of stone which is in the shape of a human palm. In later period Pratapaditya started worshiping goddess Kali and built a temple for Jessoreswari Kali.

Irrespective of religion thousands of devotees come to this pilgrimage and worship goddess. It is said before 1971 there was a large rectangular platform called with the name Natmondir adjacent to the main temple. It is believed from there face of Jessoreswari Kali can be viewed directly. But as time passed away it got crumbled and only pillars got remained. Also prior to 1971, temple priest used to worship deity every day but now priests worship only on every Tuesday and Saturday at noon time. Present caretakers of temple perform Mela during the day of Kali puja every year.

Road: It is one of the best ways to reach this place. First, you need to reach Satkhira from Dhaka and then you can catch local autos or buses.

Note: There are not much accommodation facilities available at this place also you need to prepare yourself for your food. You don’t get many eating facilities. All you can do there is to enjoy temple architecture and nature.

Tip: During the mela of Jessoreswari Kali Temple, you may have better facilities by locals.