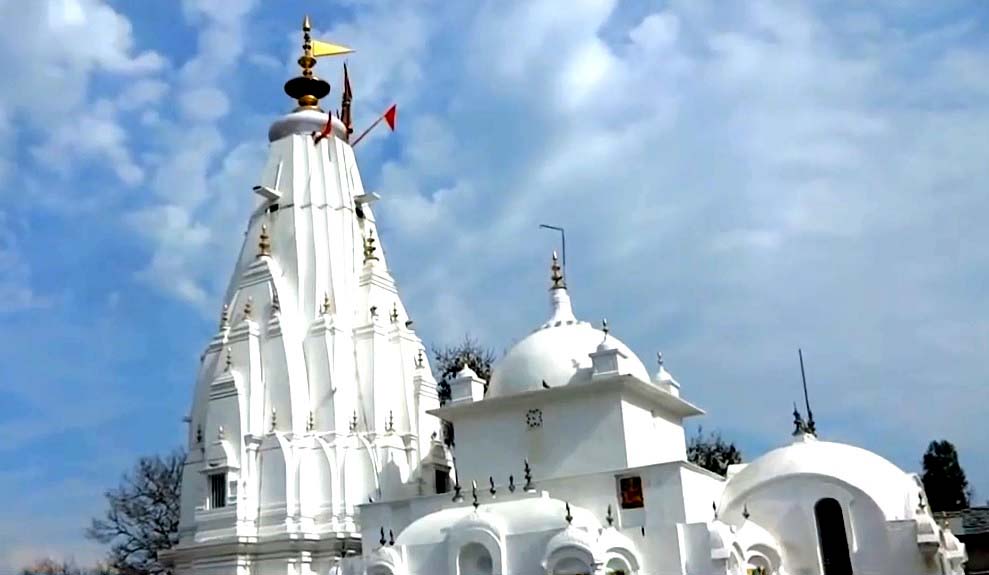 Brajeshwari Devi Temple is one of the ancient Hindu temples located in old Kangra, Nagarkot, Himachal Pradesh. This temple is known for its great wealth, it is filled with gold, silver and diamonds. Over the ages, It’s been plundered relentlessly by many Muslim invaders like Mahmud of Ghazni, Firoz Shah Tughlaq, etc and later reconstructed and renovated temple many times. During the earthquake in 1905, the temple got damaged severely, its finally renovated and we have a temple coated with white color.

Brajeshwari Devi is also called with Vajrabai or Vajrayogini which means goddess with Vajra (thunderbolt). Goddess blesses devotees in the form of Pindi.

There are four legends spread among the devotees

Kangra valley is beautified with nature scenes. Dharmasala is known for Buddhist temples. We have three shakti peehas in and around Kangra.

Road: Brajeshwari Devi Temple is well connected with all the places. Nearest town Darmasala is at 18 kms.

Rail: The nearest railway station is Kangra which is 11 kms.

Air: We have direct flights from Delhi and the nearest airport is at Kangra which is at 8 kms.