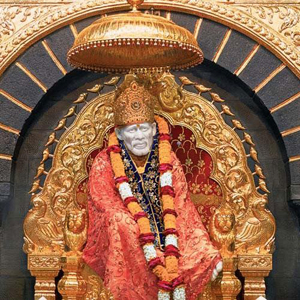 Sai Baba of Shirdi is known as Indian god. He is the only god who is worshipped
by Hindu, Muslim, Christian and many more diverse religion people. No one knows
his birth, many people assume that the incarnation
of Lord Dattatreya and some people assume as Lord Krishna. Some people believe
him as “Satguru”.

Even the name “Sai” is given by local people when he came
to Shirdi, a town located in Maharashtra. Sai Baba is a famous saint in India
who thought love, peace, forgiveness to all. He used to beg food from all the
houses, which is considered that he is not only begging food but also their
sins which purify their souls by the charity. He gave a slogan called “Sabka Malik
Ek” which means there is only one supreme lord and he is the god. Don’t fight
among yourself biasing on a religious basis.

All of the above are only a few incidents.
Many devotees are reported that he cured many diseases from many locations on
his chant.

People believe that we need
not come to Shirdi to pray him, it is enough if we can pray him from the place
where he stands, and you just need to pray him wholeheartedly.

During his time, he used to
cure many diseases with the help of “udhi”. udhi is said to have miracle powers. If it is mixed in water followed by
Sai Baba pray, will give you good health and cure many diseases. It is said
that plague and many more diseases were cured with this miracle Sai Baba Udhi

You can reach Shirdi by train. There is a railway station at Sai Nagar or you can even get down at Manmad and catch local buses. You can also reach directly by bus, there is a number of travel agencies and transport medium which connects Shirdi from all over India. Nearest junction to reach here in Mumbai (Bombay)

Apart from viewing Shirdi, you can also view many tourist spots nearby. Shani-Shinganapur which is about 75 km, Renukamata temple which is about 5 km, Nasik – 90 km,

Bhandardara dam – 130 km, Ellora caves – 120 km and Trimbakeshwar – one of the Jyothirlinga which is 30 km away