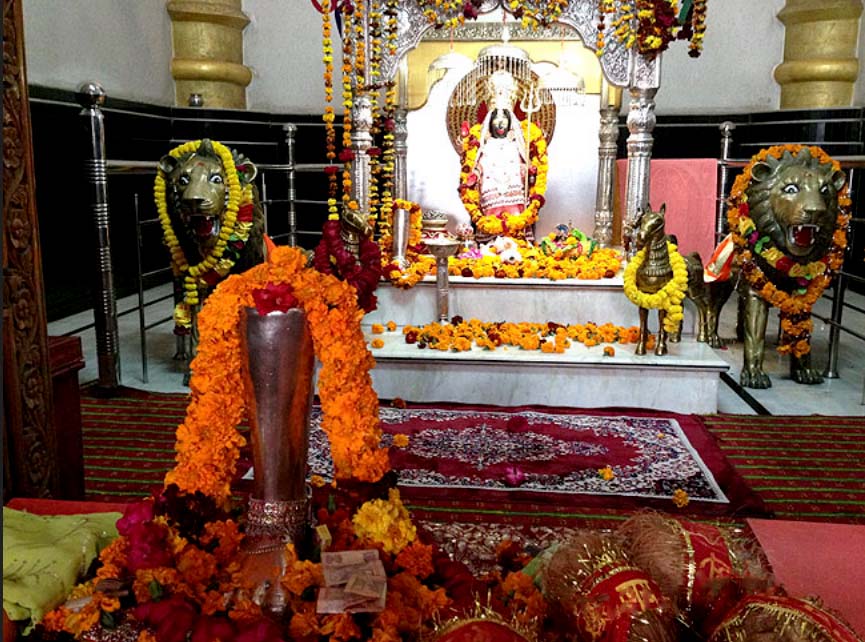 Shri Devikoop Bhadrakali temple located at Thanesar town of District Kurukshetra in Haryana is one of the 51 Shakti Peethas. Maa Bhadra Kaali form is considered as ferocious form among all avatars. Here Bhairva form of goddess consort is lord Sthanu.

During the war of Mahabharat Pandavas along with lord, Krishna visited this place and worshipped goddess Bhadra Kaali to bless with victory over Adharma. Later on, after their victory, they presented their horses to the goddess.  Recalling the incident we find horse idols facing lotus in the center of the temple.

Although Maa Bhadra Kaali temple is one of the ancient temples, it’s being renovated. Temple Mount is being constructed with around 80-100 feet tall and has a vast compound area. Along with the main deity, we have goddess Saraswati, Gayatri temples and other gods. Depicting the mythological Daksha yagna and Sati self-immolation we find Lord Shiva carrying the corpse of Maa Sati and Lord Vishnu on Garuda Vahan. During the period of Navratri lakhs of devotees throng to the temple.

Road: There are many buses connected to major cities.

Air: Chandigarh airport is the nearest airport which is 83kms away from the temple.